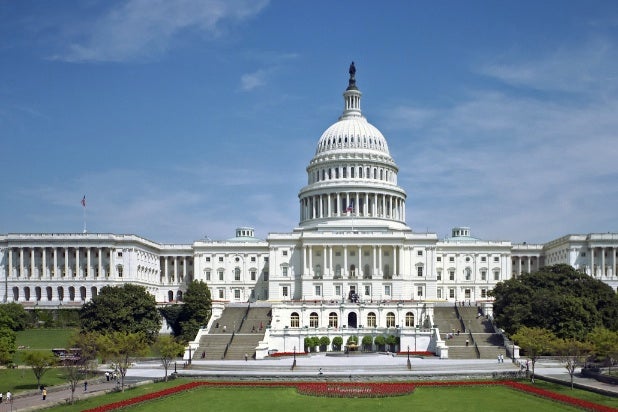 Harvey Weinstein, Matthew Weiner and Kurt Sutter are among the members of CreativeFuture who have joined forces with Copyright Alliance in a campaign to compel Congress to affirm the core copyright principles held by the creative community.

Over 1,550 creatives signed letters that were sent to Congress appealing for a strong copyright system as it continues its review of copyright law, according to a statement from CreativeFuture on Tuesday.

Included in the campaign are members of the film and television industries, book publishing and music communities, as well as leaders of creative unions and guilds, photographers, graphic designers, authors and even a sculptor, water colorist and silversmith.

In the letters, the creatives confirmed the following key points:

We embrace the Internet as a powerful democratizing force for our world and for creative industries.
We embrace a strong copyright system that rewards creativity and promotes a healthy creative economy.
We proudly assert that copyright promotes and protects free speech.
Copyright should protect creatives from those who would use the internet to undermine creativity.
Creatives must be part of the conversation and stand up for creativity.

The letters concluded by stating:

There is no “left” or “right” when it comes to respecting copyright. The creative community stands united in support of a copyright system that has made and continues to make the United States the global leader in the creative arts and the global paradigm for free expression. Our copyright system is not perfect but, like democracy, it is better than the alternatives. It works. We urge Congress to resist attempts to erode the right of creatives to determine when and how they share their works in the global marketplace.

CreativeFuture is a coalition made up of more than 350 companies and organizations — in film, television, music and book publishing — that promotes the value of creativity, expanded digital access to legitimate content, and the fundamental right of creators to determine how their works are distributed.

Copyright Alliance is a non-profit, non-partisan public interest and educational organization representing artists and creators across the spectrum of copyright disciplines, including more than 40 trade association, companies and guilds, and 15,000 individual artists and creators.