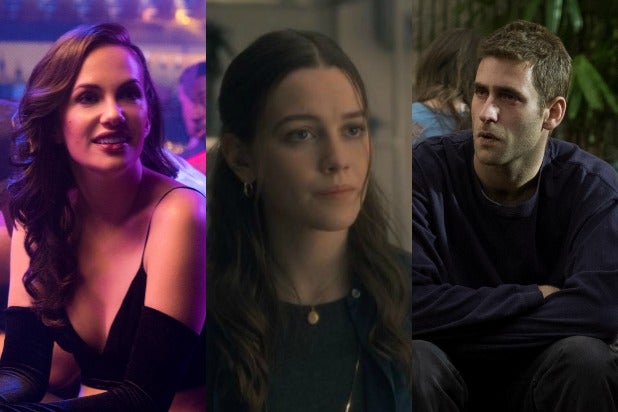 There’s no rest for the wicked, and that includes those fans of “The Haunting of Hill House” who are already scouring the internet for all the details they can find about Season 2 of the Netflix horror series.

Though details about Season 2 are scarce, TheWrap has rounded up all the ways the show plans to haunt you with its next batch of episodes. We will continue to update this list as more information becomes available.

1. It is the second chapter in “The Haunting” series.

When “Hill House” creator Flanagan and executive producer Trevor Macy signed a multi-year overall TV deal with Netflix in February, the streaming service announced the show — now labeled an anthology and titled “The Haunting” — had been renewed for Season 2.

Just as Netflix announced the series had been renewed it also revealed the next season would be “a new story with all new characters” and will have “no connection” to “Hill House.”

We can’t say Flanagan didn’t totally warn you this would be the case, seeing as he definitely flat out said the Crains’ story was over, even if the show was renewed.

3. But that doesn’t mean Season 2 won’t involve some of the actors who played the Crains.

Pedretti will star as a governess named Dani “who takes care of two very unusual children” and that Jackson-Cohen has been cast as Peter, described as “a charming fellow” who lives at Bly Manor and “makes life very difficult for everyone there.”

Character details for Siegel, Thomas, Parker, Kohli, Miller and Eve’s roles on “Bly Manor” are being kept under wraps for now. But Flanagan says Ainsworth and Smith will be playing Miles and Flora, “critical” characters from “Turn of the Screw.”

And speaking of “Turn of the Screw”…

4. Season 2 is based on a Henry James horror novella.

While “Hill House” is an adaptation of Shirley Jackson’s 1959 gothic novel “The Haunting of Hill House,” when Netflix revealed Season 2 was titled “Bly Manor,” the streaming service pretty much confirmed it will be a retelling of Henry James’ “The Turn of the Screw.”

The 1898 horror novella is a story within a story, which is told by an unnamed narrator listening to his friend Douglas read a manuscript on Christmas Eve that was penned by a now-deceased governess.

The governess (who we now know will be played by Pedretti) tells the tale of a summer during which she looked after two children, Flora (Smith) and Miles (Ainsworth), after their uncle retains custody of them following their parents’ deaths. The man, who lives in London, wants nothing to do with the children, so the governess is sent to look after them at his country house in Essex, Bly Manor. While watching the children, the governess begins to see the figures of a man and a woman around the property that no one else seems to notice.

We won’t spoil the rest of the plot for you here, but as we’re sure you can already tell, it’s another ghost story.

5. When will it premiere?

No exact launch date for Season 2 has been set yet, but Netflix says it will be coming sometime in 2020.