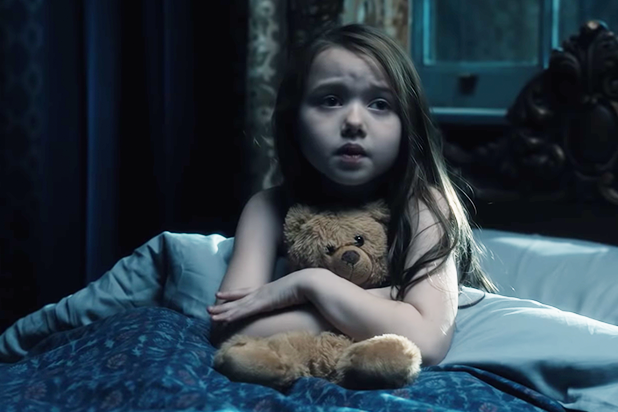 Welp, we now know where Netflix is going to be haunting you next and it’s definitely not Hill House.

On Thursday, news broke Mike Flanagan and Trevor Macy had signed a multi-year overall TV deal with the streamer and that their surprise hit series, “The Haunting of Hill House,” had been renewed for a second season. Now labeled an anthology series, “The Haunting” Season 2 will feature “a new story with all new characters” and will have “no connection” to Season 1.

Shortly after that announcement, Netflix tweeted a video via the official “Haunting of Hill House” account, along with instructions for users to “listen closely” to the clip to try and “guess” where Season 2 takes place.

Also Read: 'Haunting of Hill House' Renewed for Season 2 by Netflix - With New Story and Characters

And about 40 mins after that, they gave fans the answer with another video and this message: “You guessed it. The HAUNTING OF BLY MANOR, a new chapter in the Haunting series based on the works of Henry James, is coming in 2020.”

So yes, Hill House is out and Bly Manor — a setting from Henry James’ horror novella, “The Turn of the Screw” — is in for the second installment, aptly titled, “The Haunting of Bly Manor.”

We can’t say Flanagan didn’t totally warn you this would be the case for Season 2 — which does not yet have a premiere date beyond some time in 2020 — seeing as he flat out said the Crains’ story was over, even if the show was renewed. (Although “Hill House” star Oliver Jackson-Cohen gave TheWrap reason to believe otherwise.)

TheWrap reached out to Netflix to ask if any of the cast members from Season 1 will return for “The Haunting of Bly Manor” as different characters, with a spokesperson for the streamer responding that no casting details are available at this time.

See the teasers below.

A new Haunting is coming. Can you guess where it takes place? Listen closely… pic.twitter.com/vqzrd3z4NZ

You guessed it. The HAUNTING OF BLY MANOR, a new chapter in the Haunting series based on the works of Henry James, is coming in 2020. pic.twitter.com/nvhRBEfH2E