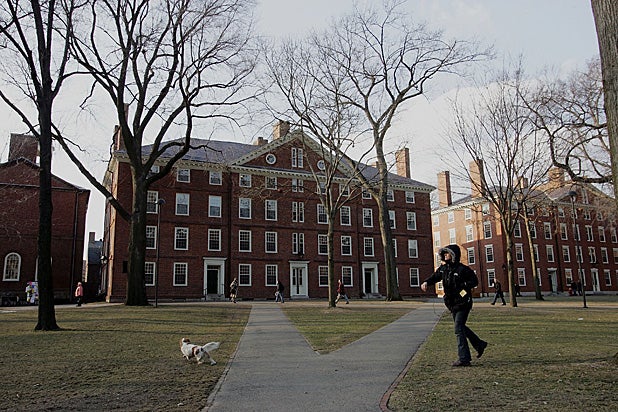 Harvard University has canceled the rest of the 2016 men’s soccer season in the wake of lewd sexist email comments made by its players.

The team is accused of ranking its female counterparts and labeling them with potential sexual positions, as detailed in a 2012 document that came to light last week.

It has now been determined that the sexist scouting reports continued into this semester and involved the current men’s players at the Ivy League School in Massachusetts, the Boston Globe reported.

“I was deeply distressed to learn that the appalling actions of the 2012 men’s soccer team were not isolated to one year or the actions of a few individuals, but appear to have been more wide-spread across the team and have continued beyond 2012, including in the current season,” Harvard President Drew Faust said in a statement Thursday, according to the Globe.

Athletic Director Robert Scalise also sent an email to all students informing them of the school’s decision, saying the team will “forfeit its remaining games and will decline any opportunity to achieve an Ivy League championship or to participate in the NCAA Tournament.

“We strongly believe that this immediate and significant action is absolutely necessary if we are to create an environment of mutual support, respect, and trust among our students and our teams,” he continued.

In the future, Harvard Athletics will partner with the Office of Sexual Assault Prevention and Response to educate student athletes on how to conduct themselves properly, as Scalise emphasized that the school has “zero tolerance” for such behavior.

The “scouting guide” was circulated July 31, 2012, through an e-mail server that was — until recently — public on Google Groups, according to the Crimson, Harvard’s school newspaper.

It ranked female freshman players on the basis of their appearance, photos and assumed sexual behavior.

The men’s soccer team had a record of 10-3-2 this season before the suspension.