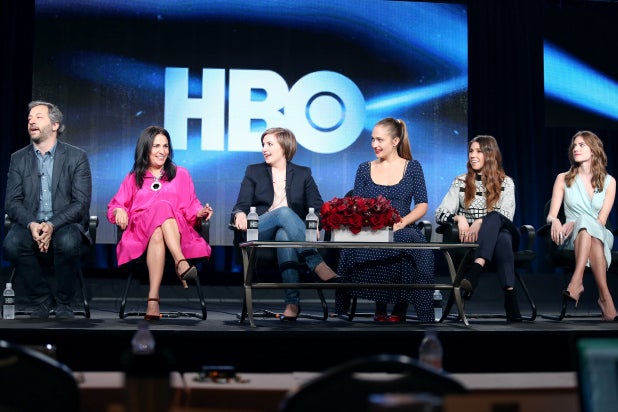 The next season of the pay-TV comedy will film in New York later this year, and have a 2015 premiere.

The news was shared by a network spokesperson before the panel — which included executive producers Judd Apatow and Jenni Konner, star and exec producer Lena Dunham, as well as actresses Jemima Kirke, Zosia Mamet, and Allison Williams — even began.

Season 3 of “Girls” kicks-off its 12-episode run on Sunday night.