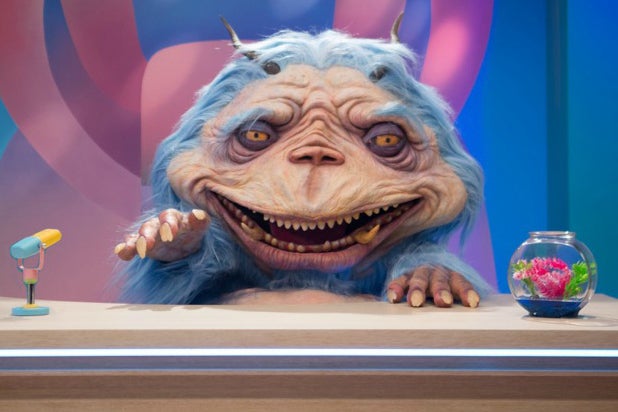 HBO had better prepare for an alien invasion: The premium cable channel has ordered Funny or Die comedy pilot “The Gorburger Show,” which stars T.J. Miller via voice-acting as a giant monster.

“The Gorburger Show” is a talk show hosted by a blue space monster (Miller) who has invaded a Japanese morning talk show and held its staff hostage as he attempts to understand what it means to be human by interviewing celebrities, musicians, cultural icons, and Moby — who guests on the pilot. Also guesting on the first episode are Ed Helms and Johnny Knoxville.

Miller executive produces and wrote the pilot. The potential series was created by Josh Martin and Ryan McNeely, who also co-exec produce, direct and penned the script. Dave Beck earned an executive producer credit, as did Sean Boyle and Mike Farah of Funny of Die. The Lonely Island members Akiva Schaffer and Jorma Taccone also executive produce through Party Over Here.

The pilot is currently shooting in Los Angeles.

Below is some more background on the titular alien, in HBO’s and Funny or Die’s own words:

Gorburger, our giant, blue, space monster, crashes into earth and immediately invades a Japanese morning show, despite only speaking English. He then uses the remaining (uneaten) crew to host and interview the most interesting humans from pop-culture, music, art, technology, and more. Asking questions ranging from “Where does all the garbage go?” to “Is there a wrong way to kiss your mother?” to “is the overabundance of technology an attempt to connect to other human beings to feel less lonely or a distraction from your imminent mortality?”

Gorburger plumbs the hearts of humanity, and tries not to kill and eat too many innocents along the way. Miller both voices and puppets the animatronic monster, whose narrative will unfold to reveal his mission here on earth. “The Gorburger Show” spent two seasons as a YouTube web series before making its way to HBO.

"American Horror Story: Murder House": The freshman installment of Ryan Murphy's FX anthology series introduced a new method of TV storytelling in 2011 -- and scared the bejesus out of viewers in the process.
View In Gallery
View In Gallery