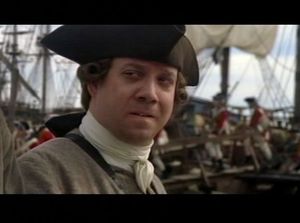 In the course of human events, the Emmy awards have come to be a franchise mostly owned by HBO. Every year for the past decade and maybe more, the pay cable network has come to dominate the annual television awards, whether with “The Sopranos,” which won year after year, or “Six Feet Under,” or their feature-length movies, or their “Band of Brothers” mini-series. Reliably interesting, consistently willing to explore, HBO manages every year – even recently, when the network has lost some of its creative spark – to put the broadcast networks and everybody else on television to shame. 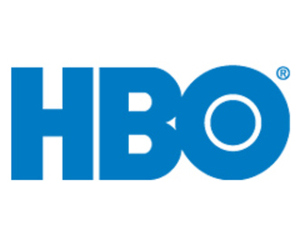 So it’s no surprise that at the annual awards for the best television of the year, HBO broke its own record last night, taking in a total of 13 Emmys for its seven-part series about America’s second president, “John Adams.” The series featured stunning lead performances from a brooding Paul Giamatti, who won best actor in the category for the title role, and Laura Linney, who won best actress in a miniseries for her portrayal of flinty Abigail Adams. The total bested HBO’s previous record of 11 Emmys in 2004, the year of its series about AIDS, “Angels in America.”

With so many years of Emmy statues lining the shelves of HBO, what is it that keeps other networks from following HBO’s creative lead? The cable channel is freed of the tyranny of nightly ratings, true, and has hundreds of millions in subscription revenues to bankroll its slate. But not every effort takes hundreds of millions of dollars (and something tells me “John Adams” was not the most expensive production at HBO last year.). For decades now, HBO has invested in its brand. It has steered clear of fad programming. It has invested, sometimes successfully and sometimes not, in a scarce commodity in the television universe: quality.

HBO didn’t rule every category last night. Other awards spread around the tv dial included best drama for “Mad Men,” the AMC series set in New York’s advertising world in the early 1960s, and best comedy to “30 Rock” – the NBC show that has teetered on the cusp of cancellation. Tina Fey won best actress and best writer in a comedy series for “30 Rock.” AMC had another winner, this one unexpected, in the best actor award for Bryan Cranston, who plays an ailing high school teacher with a crystal meth habit on “Breaking Bad.”

Congratulations HBO, and thanks for giving us something to watch (and would you mind making "Entourage" less raunchy so my kids could watch it?).  Would that other networks follow suit.