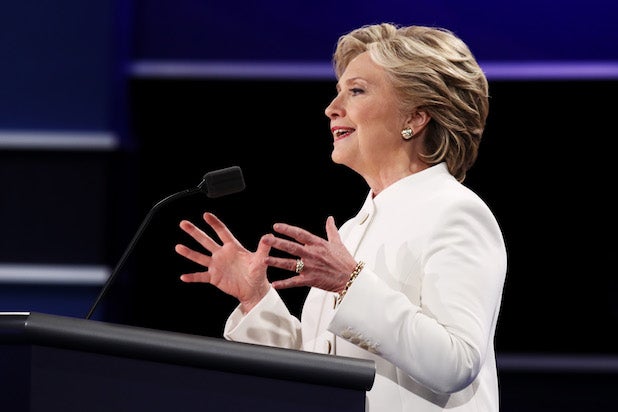 HBO has lined up a new “Game Change” miniseries based on the 2016 presidential election.

The miniseries will be based on Mark Halperin and John Heilemann’s upcoming third installment of the “Game Change” series, which will be published by Penguin Press, an imprint of Penguin Random House. Halperin and Heilemann also serve as the executive producers and hosts on the Showtime political documentary series “The Circus.”

The untitled series reunites the team behind HBO’s 2012 film “Game Change,” based on Halperin and Heilemann’s 2010 bestseller. The film, which starred Julianne Moore, Woody Harrelson and Ed Harris, went on to win five Emmys, including Outstanding Miniseries or Movie.

“We are thrilled to continue our relationship with Mark Halperin and John Heilemann, whose work on their bestselling book ‘Game Change’ set the bar for political reporting and storytelling inside a presidential campaign,” HBO Films President Len Amato said in a statement.

“Reuniting ‘Game Change’ director and executive producer Jay Roach and Playtone producers Tom Hanks and Gary Goetzman with Mark and John for a project based on their upcoming book promises to vividly capture the most unique and impactful event in modern American politics,” Amato continued.