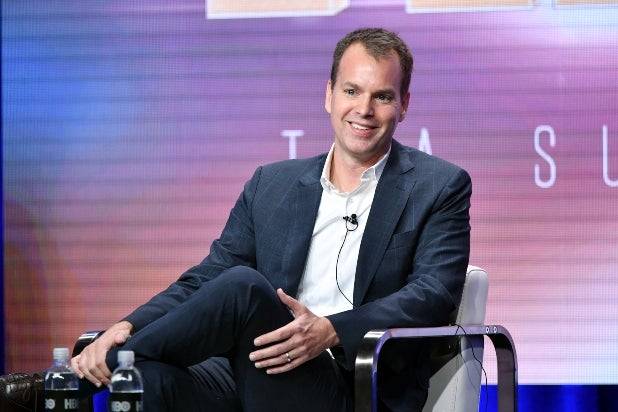 Asked if HBO led the charge, he told TheWrap, “We’ve absolutely led and I think it’s been great.”

“We’ve had a really good experience with it,” he added. “I think it’s the kind of thing that it will come to be seen like a stunt coordinator: something that a director and actors can rely on to do something safely and comfortable. So I’m glad that it’s becoming a standard.”

Intimacy coordinators serve as intermediaries between actors and directors to ensure that actors are comfortable and aren’t asked to go outside their comfort zones while filming scenes of a sexual nature.

HBO is known for adult-themed shows like Zendaya’s teen drama “Euphoria,” which recently called in a specialist to coach actors Hunter Schafer and Eric Dane through a particularly graphic scene involving a prosthetic penis.

In 2015, HBO drew criticism when one of its hired vendors, Central Casting, asked potential background actors on “Westworld” to sign an explicitly worded waiver that included requirements such as “genital-to-genital touching” and other sexual acts.

SAG-AFTRA later issued a notice to its members that parts of the document might be unenforceable, because under the union’s rules, performers can withdraw, at any time, their consent to appear in scenes requiring nudity or sex acts.

Bloys said that the “Westworld” waiver had “nothing to do” with HBO’s implementation of intimacy coordinators.

“If anything, it was heightened awareness because of #MeToo. And also we happened to be working on ‘The Deuce’ where, because of the subject matter, there was a lot of nudity,” he said.

Jenny Maas contributed to this story.