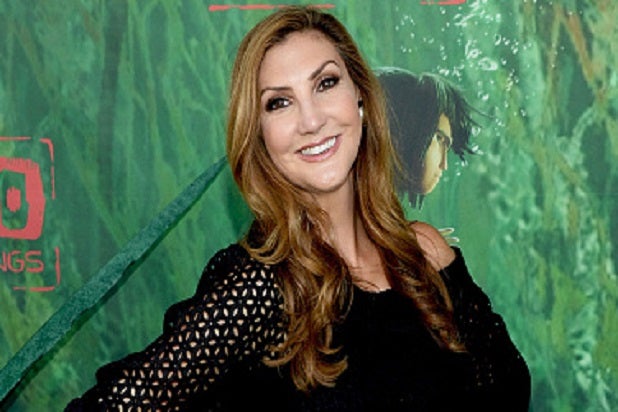 “Chelsea Lately” alum Heather McDonald dropped a bombshell on her “Juicy Scoop” podcast this week, saying that she parted ways with PodcastOne because executive Norman Pattiz offered to hold her breasts.

During the podcast, McDonald said that she was initially reluctant to share the story publicly, but was inspired to do so by recent reports of sexual misconduct by GOP presidential candidate Donald Trump and former Fox News boss Roger Ailes.

“Since all this stuff has come to the forefront with Donald Trump, and Gretchen Carlson with Roger Ailes, really reading it, I said, ‘Why am I keeping it a secret?'” McDonald said.

According to McDonald, she had come to accept septuagenarian Pattiz’s jokes and “compliments,” even though they made her “uncomfortable.” However, one day, while recording an ad for a bra, Pattiz crossed a line that made her leave the company.

“Wait a minute. Can I hold your breasts? Would that help? These are memory-foam [hands],” McDonald recalled Pattiz saying.

McDonald added that she was “very shaky having any kind of contact” with Pattiz, “because he was a reserve sheriff, and he bragged that he always had a weapon on him at all times at the office.”

After the ad incident, McDonald said, “I just wanted to get out of there … And I literally called that day and I said, ‘You know what? I just don’t want to do a podcast anymore.'”

McDonald claimed that Pattiz initially tried to lure her back with money, and then, when she decided to do the podcast on her own, Pattiz worked to sabotage her.

“I kept moving to different servers because he wasn’t letting me do it. He was, like, calling the other places that were just allowing my thing to sit there … threatening them,” McDonald said.

In a statement to TheWrap, Pattiz acknowledged making an “inappropriate” comment “intended as a joke” for which he has apologized to McDonald.

Also Read: New Donald Trump Accuser Says He Touched Her Breast, Asked 'Don't You Know Who I Am?'

“During the taping of a commercial for Heather’s podcast, I made an offhand comment, intended as a joke, which, in hindsight, was inappropriate. I have apologized directly to Heather,” Pattiz said. “It has never been my intention to do or say anything that would offend, frighten or cause Heather any discomfort whatsoever. If I did, it was certainly unintentional and I sincerely apologize, and would have done so immediately had I known.”

Listen to Heather McDonald tell the story below.