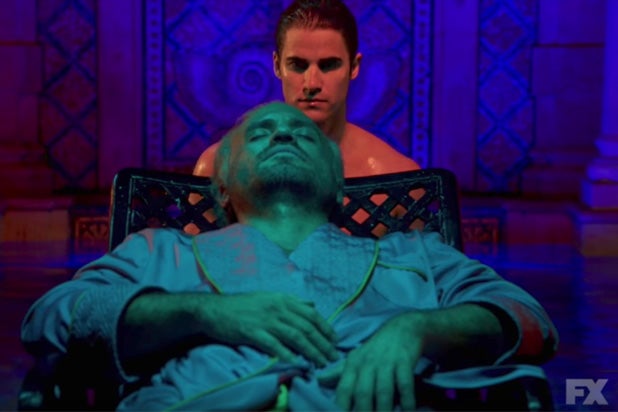 FX’s follow-up to “The People vs. OJ Simpson: American Crime Story” delves into the murder of Italian fashion designer Gianni Versace, and like the previous season of the series, it aims to dramatize a real true crime story. The show is largely based on a true crime book written by a journalist, which is the source for much of the information about the case.

There’s just one problem: The Versace family disagrees with the book, and the show on which it is based.

“The Assassination of Gianni Versace” follows the story of Versace and Andrew Cunanan, a man who went on a killing spree in 1997 over the span of two months, killing five men and then himself. Cunanan killed four people and then evaded police for two months, before finally arriving at Versace’s home and shooting him at point blank range as Versace opened his gate. Cunanan was never caught by police — instead, he was tracked to a houseboat near Versace’s home, where police discovered he’d committed suicide with the same gun he used to kill Versace.

Also Read: Here's How the 'American Horror Story: Cult' Finale Links It To Other Seasons

To this day, police aren’t sure why Cunanan killed Versace.

The show’s story is about Versace and his murder, as well as the manhunt for Cunanan that was incredibly unsuccessful. The killer was featured on nightly newscasts and on “America’s Most Wanted” while he was on the run, and the creators of “American Crime Story” suggest that homophobia was part of why police didn’t catch him — a killer who hunted gay men, the show postulates, was not a high priority for authorities. Cunanan evaded capture despite doing things like making pawn shop transactions in his own name, and appearing on the Miami Beach social scene.

“The Assassination of Gianni Versace” is based on Vanity Fair journalist Maureen Orth’s 1999 book “Vulgar Favors: Andrew Cunanan, Gianni Versace, and the Largest Failed Manhunt in U.S. History.” Orth’s reporting uncovered details in the case that other journalists didn’t, including the report that Versace and Cunanan had previously met each other.

That’s one of the details the Versace family denies, however. In fact, the family refused to submit to interviews for Orth’s book. The family has called “The Assassination of Gianni Versace” fiction, and Orth’s book “full of gossip and speculation” in an official statement.

“As we have said, the Versace family has neither authorized nor had any involvement whatsoever in the forthcoming TV series about the death of Mr. Gianni Versace, which should only be considered as a work of fiction,” the Versace family said in the statement, as Rolling Stone reported. “The company producing the series claims it is relying on a book by Maureen Orth, but the Orth book itself is full of gossip and speculation. Orth never received any information from the Versace family and she has no basis to make claims about the intimate personal life of Gianni Versace or other family members. Instead, in her effort to create a sensational story, she presents second-hand hearsay that is full of contradictions.”
FX’s response to the Versace family’s statement reiterated its support of Orth’s account.

“Like the original American Crime Story series ‘The People Vs OJ Simpson,’ which was based on Jeffrey Toobin’s non-fiction bestseller ‘The Run of His Life,’ FX’s follow-up ‘The Assassination Of Gianni Versace’ is based on Maureen Orth’s heavily researched and authenticated non-fiction best seller ‘Vulgar Favors’ which examined the true life crime spree of Andrew Cunanan. We stand by the meticulous reporting of Ms. Orth,” Vanity Fair reported.

But that doesn’t mean “The Assassination of Gianni Versace” doesn’t take dramatic liberties, or that everything that appears in the show is taken directly from “Vulgar Favors.”

Vanity Fair had Orth as a guest on the second episode of its podcast focused on the FX show, called “Still Watching: Versace,” to talk about how the show relates to her book. Orth pointed out that there are things in the show that weren’t elements she found or reported on. Specifically, one was that Verasce and Cunanan went on a date together years before the murder.

Orth didn’t say that the date didn’t take place, but she said it wasn’t something that came from her reporting. It’s possible, she said, the “American Crime Story” got that information from another source.
Ryan Murphy and FX have responded to criticisms from the Versace family and those close to Versace. That includes comment from Antonio D’Amico, Versace’s boyfriend, who said that an image from the set showing Ricky Martin, who plays D’Amico, holding the body of Versace (Edgar Ramirez) was “ridiculous.”

“You’re not doing a documentary — you’re doing a docudrama,” Murphy said. “My response to that is they have to see the show, then comment.”