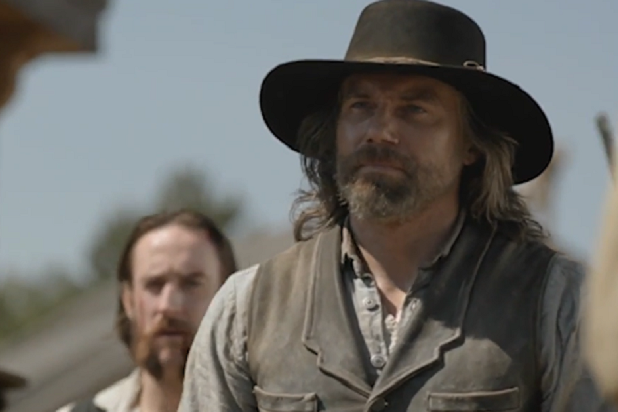 Bad news for “Hell on Wheels” fans: After Saturday night’s midseason finale, they’re in for a month-long drought. The AMC western drama goes into hibernation until Nov. 8, when it returns for its final three episodes of the season.

Good news for “Hell on Wheels” fans: TheWrap has an advance look at the midseason finale — right here, right now.

During the midseason finale — ominously titled “Return to Hell” — Cullen (Anson Mount), Durant (Colm Meaney) and Campbell (Jake Weber) negotiate toward a settlement for policing the streets as an act of terror strikes Cheyenne.

In our exclusive clip, Cullen and crew diffuse what has the potential to be an ugly mob scene with little more than steely glints in their eyes — though the guns in their hands probably don’t hurt things either.

During the midseason finale — airing Saturday at 9 p.m. on AMC — writer Jami O’Brien will be live-tweeting and offering behind-the-scenes insights into the episode.

Until then, enjoy the snippet below.