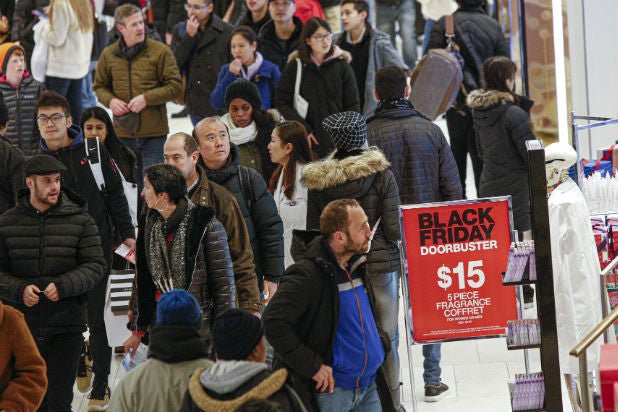 Celebrities from across the entertainment industry took a minute on Thursday to wish their fans a happy Thanksgiving — with some also adding what they’re grateful for this year.

Dwayne “The Rock” Johnson quote-tweeted a message from the University of Virginia’s football team honoring Zola-Rain Barbour, a young woman battling a rare form of cancer. Johnson told her to “stay strong” and “you inspire all of us,” along with a heart emoji, before adding “happy Thanksgiving.”

John Cena, another WWE-turned-Hollywood star, tweeted he was “thankful for the lessons, the love, and the challenge of life.” He added that “millions of you” have helped make him who he is today, before finishing with a simple “thank you.”

On this and everyday I am thankful for the lessons, the love, and the challenge of life. Millions of you, thru the good and bad, have made me who I am today. Thank you. #Happythanksgiving2019 #happythanksgivng

Guitar virtuoso Eddie Van Hallen shared a cute picture of his dog, along with a makeshift caption, to go along with his Thanksgiving well wishes. Joining Van Halen in sharing dog pictures on Thursday was actress Minnie Driver, who said her pup was “pulling off cosy-Thanksgiving and also” a “Virgin Mary” look.

Not to be outdone, fellow action star and former California Governor Arnold Schwarzenegger posted a 4:25 video reflecting on his decades helping out at a local youth shelter in Los Angeles on Thanksgiving. “I am thankful for every opportunity that this great country has given me,” Schwarzenegger said in his accompanying caption.

Happy Thanksgiving! I am thankful for every opportunity that this great country has given me. Always remember, none of us are self-made, so take time this year to give back and help your community.

Comedian Gilbert Gottfried went for the laugh with his tweet, showing a Spider-Man float in a compromising position.

Spider-man gives America something to be thankful for. #HappyThanksgiving #Thanksgiving #Happythanksgiving2019 pic.twitter.com/2sZdW2btS3

Director M. Night Shyamalan tweeted he was “very thankful to be able to tell stories to everyone around the world. Lots of love to all your families.”

Want to wish everyone a #Happythanksgiving2019 So very thankful to be able to tell stories to everyone around the world. Lots of love to all your families.

La Toya Jackson also gave a shout-out to her followers, along with a nice turkey cartoon.

Chrissy Teigen not only shared a standard “happy Thanksgiving” tweet, but went a step further, joking in one video she was “cheating” on John Legend, while he unknowingly grooved to music while wearing headphones.

good morning!! happy thanksgiving!! don’t forget to take the bag out of your turkey!!

She followed that up with this instant Thanksgiving classic. Definitely turn the sound on.

don’t turn the sound on pic.twitter.com/tRkx5vahvp

We’ll never look at basted turkey the same way again. Meanwhile, we hope you’re having a great Thanksgiving — and a great start to another busy holiday season.

With Thanksgiving just one day away, you are now officially allowed to start listening to "All I Want for Christmas Is You" (if you haven't been since Nov. 1, that is), baking cookies, shopping for presents and -- most importantly -- tuning into those holiday TV specials you look forward to throughout the less festive times of the year. TheWrap has rounded up all the new ones (and just a couple fan-favorite rebroadcasts) you can't miss this season. Click through our gallery to check out the list of 2019's holiday-themed TV givings.