In the scene in question, Batman/Bruce Wayne has returned to the Batcave and begins to pull off the Batsuit. Next come three panels in which an increasingly disrobed Bruce is lit from behind, the light clearly and unmistakably accentuating his genitalia. See for yourself below: 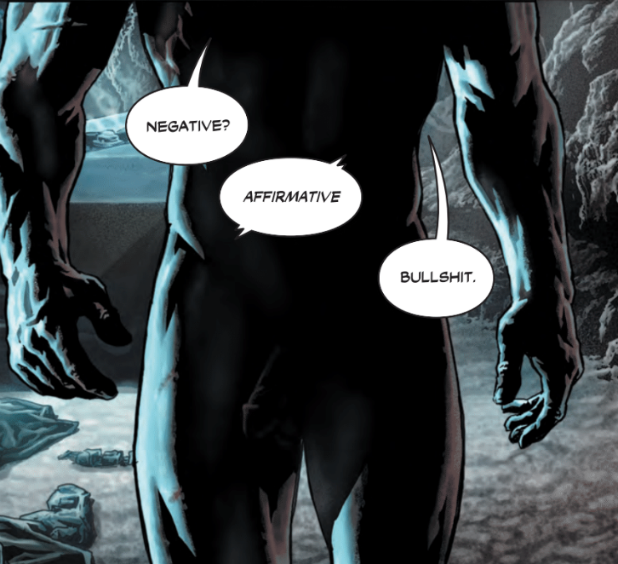 Also Read: Did DC Comics Just Kill Off Another Robin in 'Batman' Issue 55?

Now, before you worry that the Caped Crusader’s comic book adventures are about to get unilaterally NSFW, don’t. “Batman: Damned” is a standalone story separate from the mainstream continuity. It’s part of DC’s new Black Label imprint, an mature line of graphic novels featuring new titles and reprints by heavy-hitter creators like comics legend Frank Miller and Oscar-winning screenwriter John Ridley.

For those of you who read “Batman” for the articles, in “Batman: Damned” The Joker has apparently been murdered and Batman, experiencing mysterious memory gaps, worries he might be the culprit. Thus he teams up with the wizard John Constantine and the ghostly good guy Deadman to find out what happened. It’s available in comic shops and digital platforms now.