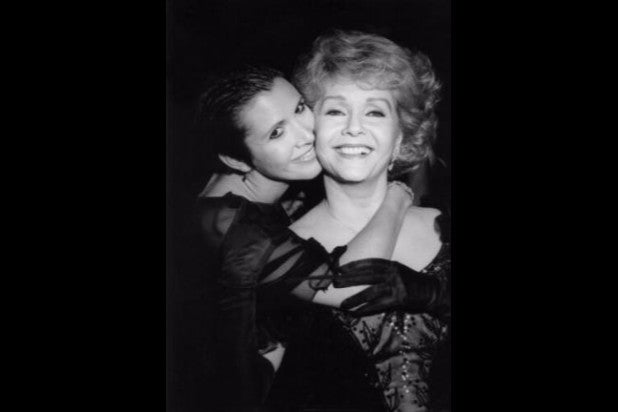 HBO announced Friday that the documentary will be released on Saturday, Jan. 7 2017 at 8 p.m. ET/PT.

Want to know more about Debbie Reynolds and Carrie Fisher, the mother-daughter screen legends who died one day apart this week? HBO has a film for you.

The network is sticking to plans to telecast “Bright Lights,” a documentary about the relationship between Reynolds, star of the classic musical “Singin’ in the Rain,” and her daughter, known to millions as Princess Leia in the “Star Wars” franchise.

While a precise date hasn’t been announced, “Bright Lights” will probably land on the schedule sometime in early 2017, according to network insiders.

The film, directed by Fisher Stevens, already won praise at this year’s Cannes Film Festival, with TheWrap’s Steve Pond calling it “frank, funny and so revealing that it becomes uncomfortable at times.”

“In between the priceless and hugely entertaining glimpses of these lives … there’s a sadness to the movie, both in watching the woman who starred in and seemed to embody ‘The Unsinkable Molly Brown’ getting feebler, and in seeing Fisher’s ongoing struggles with manic depression,” Pond wrote.

Fisher, who had battled bipolar disorder and substance abuse problems for much of her life, suffered a heart attack last week while returning from London to Los Angeles. She never regained consciousness and died on Tuesday. Her mother died the following day, apparently after suffering a stroke while making funeral plans for her daughter.