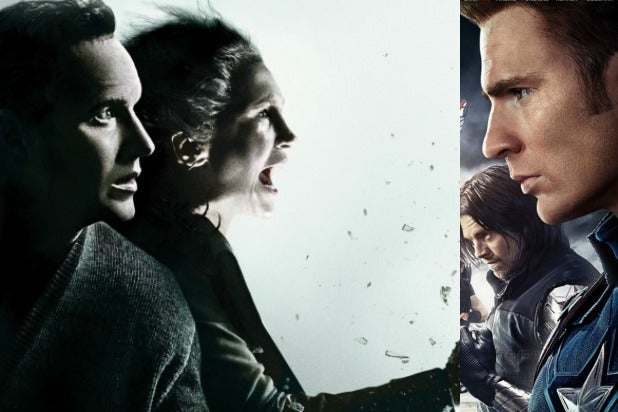 Psst. We have a secret to share with you and its one that Hollywood executives are a little embarrassed to acknowledge: Scary movies sell tickets more reliably than almost any other genre — big-budget superhero movies included.

Not only that, the revenue margins — and profits — of horror movies are higher since production (and marketing) costs are typically much, much lower.

“If we were to reconfigure box office charts based on profitability, movies like ‘The Shallows’ and ‘The Purge: Election Year’ would be right at the top,” comScore senior analyst Paul Dergarabedian told TheWrap.

Add “The Conjuring 2” to that list, and you have movies that represent the highest revenue margins of this summer’s movies, which says a lot since the season at the box office got off to a worryingly sluggish start.

The Disney-Marvel action sequel was made for $250 million and has grossed $405.7 million domestically. The New Line-Warner Bros. scary movie has made $96.6 million in grosses so far and was made on a production budget of $40 million.

This is where it gets interesting: Factoring in an assumed 50 percent in marketing costs, the domestic return for “The Conjurying 2” is 38 percent, or $37 million. (This figure does not reflect profit margins as it doesn’t include undisclosed ancillary costs and the revenue studios share with theater owners. And while studios don’t disclose the exact price tag for marketing budgets either, the spend on wide releases generally amounts to about half of what they spent on the making of the movie.)

By that same math, the percentage of return for “Civil War” is a mere 7 percent, or $30.7 million.

Long story short: “The Conjuring 2” has presumably made more revenue domestically than the No. 1 grossing movie of the summer (and the year) — by at least $7 million!

Of course, foreign returns make Disney’s big investment worth it (not to mention all the merchandise sales attached to the movie). Tack international box office on and the margins go up to more than 67 percent or $775 million.

And that’s where “The Conjuring” starts to fall back, making somewhere around $215 million, but it still represents a much higher percentage of more than 78 percent.

Another example of a horror movie propping up a studio’s tent: Blumhouse-Universal’s “The Purge: Election Year,” which has grossed $43.7 million in its first week so far on a mere $10 million production budget. It’s already looking at a revenue margin of 63 percent, or $25.5 million. With weeks left to play in theaters, that margin can only go up.

“To make the budget back on opening night — that’s a wonderful thing,” Brad Fuller, executive producer on all three “Purge” films, said. “There’s always been an audience for horror movies. The great thing is they’re generally not as expensive as other tentpoles, there’s more wiggle room.”

Universal’s president of domestic distribution, Nick Carpou, told TheWrap that the film’s big opening is “not coincidental,” crediting the success of the film, in part, to the series’ concept.

“Horror films are always bankable unless they’re flat-out awful,” Dergarabedian added. “Sometimes the simplest concepts are the ones that resonate the strongest.”