The Hollywood Foreign Press Association has named a diversity, equity and inclusion consultant and hired two independent, outside law firms as part of its ongoing reforms, vowing that there’s “still more work to be done.”

The group behind the Golden Globes has been under fire in recent months due to a lack of Black members and accusations of corruption within HFPA membership. These latest additions are part of the group’s promise to update the industry on a timeline of progress in reforming.

“Our progress towards reform is continuing, as this week we have put two more key pieces in place that will help lead the transformational changes that we promised less than a month ago,” the group behind the Golden Globes said in a statement. “As we continue to move forward with our timeline, we are confident that these changes will create a diverse, respectful, and transparent environment not only for new and old members of the HFPA, but for our partners in the industry who interact with the Association.”

On Monday, the HFPA hired two outside law firms — Kendall Brill & Kelly and Ramsey & Ehrlich — to independently investigate any reports that are made to the previously announced hotline that will allow anyone to report an incident, complaint, or allegation, including on an anonymous basis. And on Tuesday, the group hired Leadership Lab International (LLI) as the HFPA’s new Diversity, Equity, and Inclusion consultant.

Last week, the HFPA hired Convercent to help establish the anonymous hotline with the goal of getting it up and running by June 1. 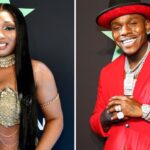 LLI is co-facilitated by Dr. Houman Harouni, a lecturer at Harvard, and Dr. Annice E. Fisher, who is the CEO & Founder of The BEE FREE Woman and Developing Capacity Coaching. Their work together focuses on the intersection of equity, ethics, organizational development and leadership. They will work closely with the HFPA on rebuilding trust, ongoing DEI and ethics trainings, expanding membership access and participation, reconciliation with stakeholders, leadership coaching at all levels of the organization, and ensuring reforms that create a fair and just experience for internal and external stakeholders.

The HFPA has recently been criticized over its lack of Black members — as well as its track record of snubbing movies and TV shows with Black creators — and deep corruption that drew backlash from the Hollywood community, prompting Time’s Up to demand an overhaul of the organization. On May 3, the group issued a “reimagination” of the organization, pledging to increase membership by 50%, hold new board elections and hire professional executive leadership.

However, the new reforms were slammed by organizations such as Time’s Up and GLAAD for not going far enough in fixing the HFPA’s inherent issues, and NBC, the HFPA’s broadcasting partner, decided not to air the 2022 Golden Globes awards show.