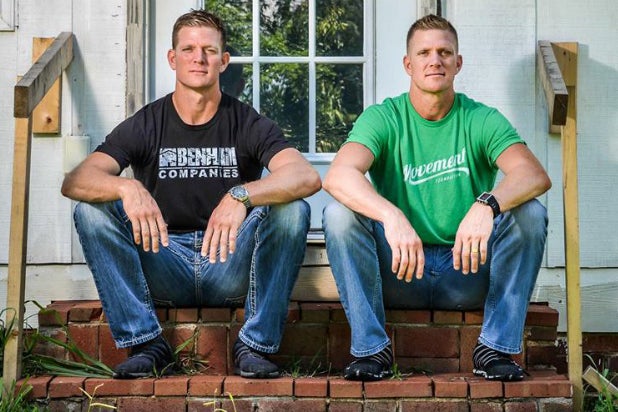 HGTV has canceled a pilot hosted by twin brothers with a history of preaching against homosexuality, abortion and divorce following backlash from fans.

“HGTV has decided not to move forward with the Benham Brothers’ series,” the network wrote on its Facebook page Wednesday.

Twins David and Jason Benham were scheduled to premiere “Flip It Forward” in October, which would have focused on a new deserving family every episode transforming a fixer-upper into their dream home.

But the devout Christian brothers have a history of supporting their church’s views against gay rights and reproductive choice. In 2012, the Benhams rallied in Charlotte, N.C. to support a constitutional amendment within the state to define marriage as a union between a man and a woman.

“We will always finger point but we don’t realize that, OK, if 87 percent of Americans are Christians and yet we have abortion on demand,” David Benham said at the time. “We have no-fault divorce; we have pornography and perversion; we have homosexuality and its agenda that is attacking the nation; we have adultery … while the church sits silent and just builds big churches.”

The twins are sons of controversial evangelical minister Flip Benham, whose abortion clinic protests were a part of fans’ backlash on social media. Though many expressed their support of HGTV’s decision to pull the show, some were still critical of HGTV’s initial greenlight.

“Plan a show hosted by the children of the most rabid pro-lifer in the country (Flip Benham, who leads Operation Rescue – the folks who stalk abortion doctors and harass women outside of clinics), who have also made pretty intolerant statements themselves, and decide to place it on a network with a large gay viewer base. What could POSSIBLY go wrong there? LOL” Darren Watts wrote on Facebook.

“I am amazed that HGTV would have ever tried to put these guys on the air in the first place. The very idea that an HGTV audience would tolerate public expressions of heterosexist bigory [sic] from the Benham Brothers was delusional. Rule number one in the broadcast industry: Know your audience.” commenter Ken McPherson wrote.

“While I am glad you dropped ‘Flip it Forward,’ You have forever lost this gay man as a viewer,” Bruce Robson added.

But not all viewers agreed with HGTV’s decision to drop the Benhams.

“You just lost me. Whatever happened to free speech and freedom of religion,” Donna Unterseher said. “I will never watch your channel again. Very dumb move.”