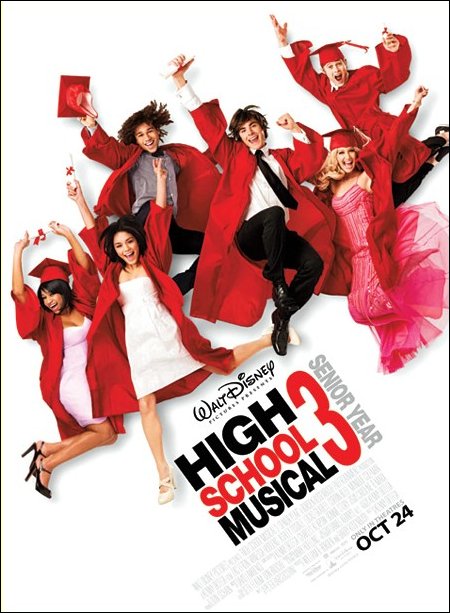 For the third in a series that started on a cable channel, you've got to be impressed: "High School Musical 3: Senior Year," with the same cast, the same general story (don’t think our heroine Vanessa gets pregnant, for example) and the very self-same Disney we-got-happy-feet vibe, has raked in $42 million this weekend, according to Media By Numbers.

The production budget is listed as $11 million, so that means this juggernaut is already wildly in profit. Let’s hear it for the sometimes-forgotten Hollywood tradition that Mickey Rooney and Judy Garland made famous in their day: just have some fun.

“Saw V” – yes, there’s five of these little gems by now – is also raking it in. Talk about counter-programming: the gorefest is estimated to take in $30 million for the weekend.  Nuff said.

Both “Max Payne” and “W” plunged at the box office this weekend, by more than 50 percent each.

Clint Eastwood’s “The Changeling” debuted quietly on 15 screens, and – unsurprisingly – snagged a strong per-screen average according to early estimates. We’ll see how it does when it unspools next week on 1,800 screens.