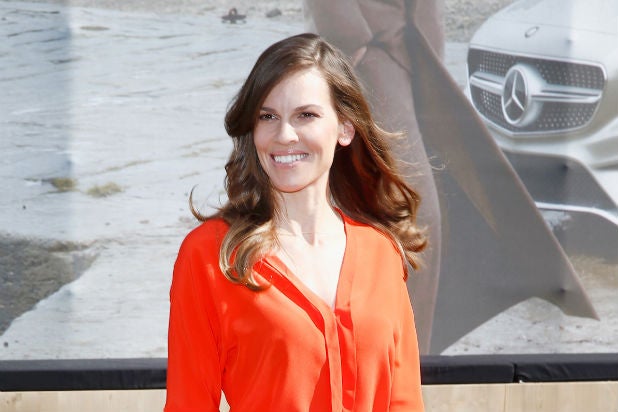 Mick Jackson (“The Bodyguard”) will direct from a screenplay by David Hare, who adapted the book “History on Trial: My Day in Court with a Holocaust Denier” by Deborah E. Lipstadt. Hare adapted both  “The Hours” and “The Reader,” each of which earned him an Oscar nomination.

Swank will play Lipstadt, who found herself in a legal battle with Nazi apologist David Irving, who accused her of libel when she declared him a Holocaust denier. Wilkinson will play a barrister in the film.

Gary Foster and Russ Krasnoff will produce under their Krasnoff/Foster Entertainment banner along with Shoebox Films. Participant Media developed the project with BBC Films. Alison Thompson will shop international rights at Cannes.

Wilkinson has been busy of late, as he’s currently filming Oliver Stone‘s “Snowden” and will soon be seen in the Nicholas Sparks adaptation “The Choice.” He also stars opposite Katherine Heigl in the indie “Jenny’s Wedding.” He’s represented by Lou Coulson Associates and Principal Entertainment LA.