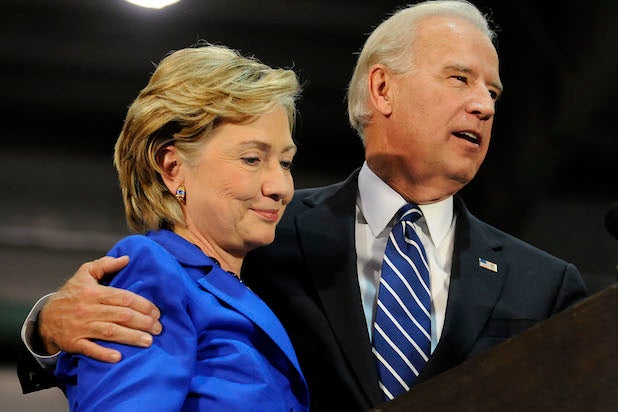 Hillary Clinton is eyeing current Vice President Joe Biden to serve as secretary of state if she wins the presidential election, according to numerous reports.

NBC News, Politico and CNN have all reported that anonymous sources familiar with the thinking of Clinton’s transition team said Biden would be Clinton’s first choice for top diplomat.

Biden, whom many Democrats wanted to run for president himself, was a six-term senator in Delaware and served on the Senate Foreign Relations Committee. He is known to have a strong understanding of foreign affairs.

“He’d be great, and they are spending a lot of time figuring out the best way to try to persuade him to do it if she wins,” an anonymous source told Politico.

Biden has campaigned for Clinton and it is fairly obvious that the information was leaked to the media, as Biden is extremely popular among Democrats and Election Day is in less than two weeks. Voters who are on the fence about Clinton might decide to support her if they know there will be a familiar face like Biden’s in her cabinet.

Biden and Clinton have had a working relationship since the 1990s and they were two of President Obama’s closest advisors early in his presidency.