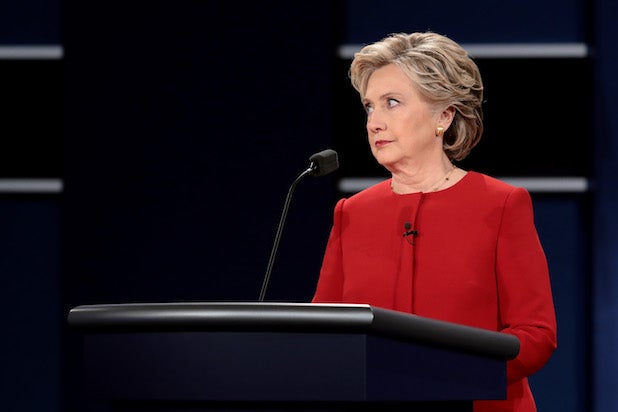 A leaked email between an editorial producer on MSNBC’s “All In with Chris Hayes” and a Hillary Clinton campaign spokeswoman shows a representative for the cable news network openly praising the Democratic presidential nominee.

According to Daily Caller, which obtained the email, MSNBC producer Sheara Braun reached out to the Clinton campaign’s Adrienne Elrod about booking an appearance with a Clinton aide by referring to the former secretary of state as an “amazing, intelligent” woman.

“The point of the segment is basically to inform young people about all of the crap and nonsense that Sec. Clinton and President Clinton (but mostly Sec. Clinton) had to face back in the 90s when President Clinton was running for office…everything from cookie-gate to stand-by-your-man-gate to Hillarycare,” Braun wrote, pitching the pro-Clinton segment.

The email continued: “The point isn’t to dwell on the past but the point is to talk about this amazing, intelligent woman who probably faced more nonsense back in the day because she is a woman…and she continues to have to face it. She is smarter than most men and more qualified than most men to be president.”

The email was published on the website DCLeaks, according to Daily Caller. The site notes that DCLeaks has been tied to Russian hackers.