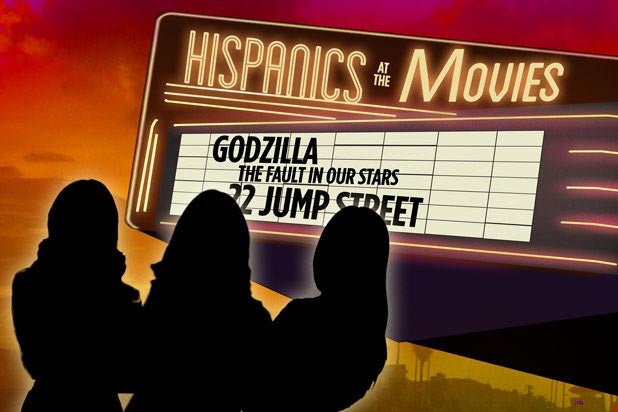 Hollywood fills the summer months with movies inspired by comic books, cartoons and frat parties. Yet the most avid moviegoers are neither male nor young: They are Hispanic women over the age of 25, according to research conducted exclusively for TheWrap by the market research firm C4.

C4 polled more than 1,500 frequent moviegoers, adjusting for ethnic, gender and geographic proportionality. The company only polled people who to go six movies or more every year, which means that these numbers reflect the most passionate moviegoers.

Its data indicates that Hispanic women over the age of 25 are the most frequent moviegoers of all. Hispanic women often attend movies with their families, but they buy tickets for everything from “The Fault in Our Stars” and “Maleficent” to “X-Men,” “Godzilla” and “Neighbors.”

“Hispanic women are making it clear with their entertainment dollars that they are important part of the movie-going audience and essential to a film’s box office success,” Kristen Simmons, chief innovation officer at C4 R&D, told TheWrap.

At least 20 percent of Hispanic women professed to have seen all of the major movies, and the numbers were higher among people over the age of 25 for every movie but “The Fault in Our Stars.”

The same cannot be said for non-Hispanic women.

Hispanic women were just as likely as Hispanic men to have seen “Captain America: The Winter Solider” and more likely to have seen “X-Men: Days of Future Past.” Non-Hispanic men outnumbered women by 11 percent in attendance for both movies, according to the survey.

“That bi-cultural identity is the basis for the cultural resonance of superheroes,” Kate Perkins, an analyst for brand consultancy TruthCo, told TheWrap. Perkins recently wrote a report on the changing face of the American family, with a special emphasis on the Hispanic audience.

She argued all Hispanics see a parallel in superheroes because of “the foregrounding and backgrounding of two identities that are equally important.”

“You have to look at it as family-going experience,” Paul Presburger, CEO of Pantelion, a studio makes movies for the Hispanic market, told TheWrap.

No one suggests that Hollywood studios are making comic-book movies or animated films to please Hispanics, but the movie business has begun to reach out to this audience after years of neglect.

The recent rush of faith-based movies has many origins, one of which is their popularity among Hispanics. “Son of God,” “God’s Not Dead,” “Noah” and “Heaven Is For Real” all played well in the Hispanic community, 80 percent of which identifies as either Catholic or Protestant, according to the U.S. Census. The studios that released those movies made a concerted effort to market their movies to that community as well.

Horror is a another hot area. Though this has been a miserable year for horror movies at the box office, the weak box office has not deterred studios from cooking up a new low-budget horror film every few weeks.

Read more of TheWrap’s ‘Hispanics at the Movies’ Series

How the Hollywood Marketing Machine Tailors Campaigns for Hispanics