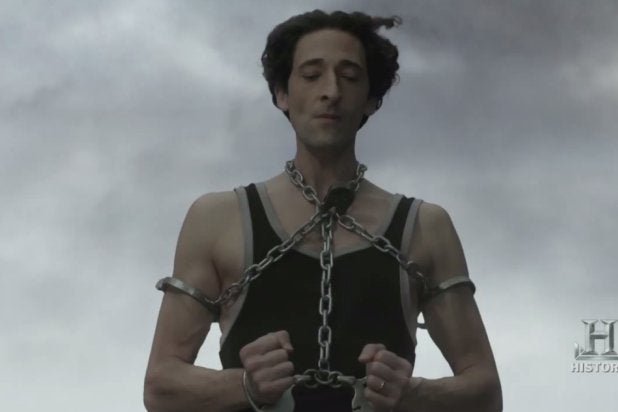 History’s “Houdini” miniseries conjured plenty of viewers with its premiere on Sunday.

The miniseries, which stars Adrien Brody as the famous magician Harry Houdini, drew 3.7 million total viewers with its premiere airing Monday, making it the most-watched cable miniseries premiere so far this year.

Also read: Adrien Brody Does Not Lead a Normal Life

Among those viewers, 1.2 million of them were in the 18-49 demographic most important to advertisers.

In addition to Brody, the miniseries — which concludes Tuesday night — also stars “House of Cards” actress Kristen Connolly as Bess Houdini and Evan Jones (“A Million Ways to Die in the West”) as Houdini’s assistant and confidant Jim Collins.