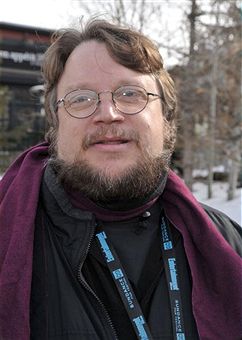 Guillermo del Toro has left the director’s chair of "The Hobbit" in light of the ongoing production delays related to the sale of MGM, the filmmaker and executive producer Peter Jackson announced in a statement sent to TheOneRing.net on Sunday.

Del Toro will continue to co-write the adaptation of J.R.R. Tolkien’s classic novel.

New Line and MGM are co-producing "The Hobbit," which is scheduled to be split into two separate films scheduled for release in December 2012 and December 2013.

“In light of ongoing delays in the setting of a start date for filming “The Hobbit,” I am faced with the hardest decision of my life," said del Toro. “After nearly two years of living, breathing and designing a world as rich as Tolkien’s Middle Earth, I must, with great regret, take leave from helming these wonderful pictures. I remain grateful to Peter [Jackson], Fran [Walsh] and Philippa Boyens, New Line and Warner Brothers and to all my crew in New Zealand. I’ve been privileged to work in one of the greatest countries on earth with some of the best people ever in our craft and my life will be forever changed. The blessings have been plenty, but the mounting pressures of conflicting schedules have overwhelmed the time slot originally allocated for the project. Both as a co-writer and as a director, I wish the production nothing but the very best of luck and I will be first in line to see the finished product. I remain an ally to it and its makers, present and future, and fully support a smooth transition to a new director."

“We feel very sad to see Guillermo leave "The Hobbit," but he has kept us fully in the loop and we understand how the protracted development time on these two films, due to reasons beyond anyone’s control – has compromised his commitment to other long term projects," said Jackson. “The bottom line is that Guillermo just didn’t feel he could commit six years to living in New Zealand, exclusively making these films, when his original commitment was for three years. Guillermo is one of the most remarkable creative spirits I’ve ever encountered and it has been a complete joy working with him. Guillermo’s strong vision is engrained into the scripts and designs of these two films, which are extremely fortunate to be blessed with his creative DNA."

“Guillermo is co-writing the "Hobbit" screenplays with Philippa Boyens, Fran Walsh and myself, and happily our writing partnership will continue for several more months, until the scripts are fine tuned and polished,” said Jackson. “New Line and Warner Bros. will sit down with us this week to ensure a smooth and uneventful transition as we secure a new director for "The Hobbit." We do not anticipate any delay or disruption to ongoing pre-production work."