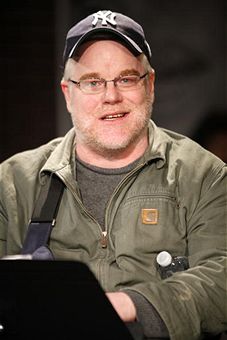 In 1994, Philip Seymour Hoffman appeared in "The Getaway" with Alec Baldwin. In 1997, he co-starred in "Boogie Nights" with Mark Wahlberg. Two years later, he starred opposite Matt Damon in "The Talented Mr. Ripley."

Now Hoffman is looking to continue his quest to work with everyone involved in "The Departed," as the Oscar-winning "Capote" star is in early talks to clash with "Departed" producer Brad Pitt in Columbia Pictures’ "Moneyball," reports Variety.

Hoffman would take off his New York Yankees hat to play Art Howe, the manager of the 2002 Oakland Athletics who frequently argued with team GM Billy Beane (Pitt) over strategic decisions. The duo wound up leading the team to an excellent season (the A’s finished 1st in the AL West with a record of 103-59) despite having the lowest payroll in professional baseball. Hoffman doesn’t really look like Howe but that hardly matters because he’s an amazing actor and green looks great on him!

Additionally, Robin Wright is also in talks to take a supporting role as Beane’s ex-wife.

The business-of-baseball movie co-stars Jonah Hill as Paul Podesta, the Harvard-educated statistician who rose through the organization’s ranks to become Bean’s assistant, eventually helping to usher in the age of sabermetrics. 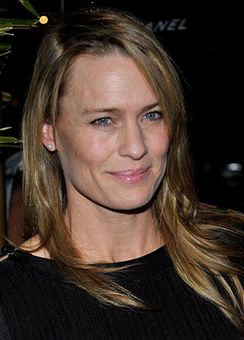 "Moneyball" would reunite Hoffman with his "Capote" director Bennett Miller, who will be working from a script by Aaron Sorkin, based on an earlier draft by Oscar winner Steve Zaillian ("Schindler’s List") who initially adapted Michael Lewis’ nonfiction book.

Columbia previously pulled the plug on Steven Soderbergh’s take on the material three days before shooting was set to begin in May 2009. Fortunately, the studio reconsidered and is preparing to begin production on the project in July in Los Angeles.

Wright has been earning Oscar buzz for her performance as Mary Surratt in Robert Redford’s "The Conspirator."