You can’t escape these blood-suckers if you tried.
From the gluttony of vampire-driven television shows to movies and creepy Halloween costumes ad nauseum, vampires are now the new black. I mean red.
Broadway has even tried a few times to breathe life into this soul-sucking business and failed miserably. If the shows had been campy and self-mocking, there might have been hope.
But no, serious Dracula-based plays and musicals splattered the Great White Way not too long ago, and those anemic flops vanished before you could say Anne Rice.
I admit the television series “True Blood” sucked me in (because of the characters) and offered captivating and scary moments, not to mention off-beat story-lines, but the blood-rage orgies have finally grossed me out for the last time. I won’t be tuning into “True Blood” next season. My nightmares are bad enough without Sookie and Bill swapping plasma in the background, thank you. 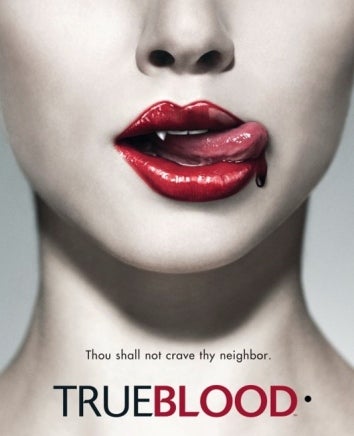 In fact, I wash my hands of the whole creepy genre.
But I still wonder what is this vampiric attraction for the 20-somethings and older? Do fans vicariously crave immortality with some extra hemoglobin? Are vampires your teenager’s dream prom date? Or are they impressed with the dietary simplicity and savings on food shopping?
As a parent whose daughter has been reading Stephen King since age 10, I understand the fear factor that can be thrilling to those who love Halloween creep-fests. And I even get the fun of having a fake knife stuck in the faux-bloodied forehead for those oh-so-special occasions. Like Halloween parties with beverages tinted with blood-red Hawaiian Punch and the like.
Not to blame it all on vampires. The un-dead still thrill my daughter (and other 20-somethings) just as much as when she was young. Her favorite holiday has always been Halloween (after her birthday, of course) and she used to giddily decorate our October lawn with “bloodied” clowns in lawn chairs, among other creepy stuff I’d prefer not to recall.
At least I never agreed to that dry-ice machine she craved at age 12, but she is now on her own and free to explore her demonic fascination as she will. Just not in my backyard.
Is the vampire-craze an economic parable? A treatise on the blood-letting strategery crafted by our former deciders pre-Obama?
Or is it a way to cathartically relieve the stress and tension of living in this economically, health-challenged country?
Maybe it’s a combo of many stressful factors, propelled by Hollywood’s long-held love affair with all things skull-driven and bloody. Or maybe it’s merely cyclical. I loved those creaky Vincent Price howlers and classic thrillers (not the remakes) of Hitchcock et al, but vampire movies shot in black-and-white are not quite as unnerving as the crimson spillage that haunts our HD cable and network shows.
And when did it become chic for celebutards and their minions to wear all manner of skeletons on their garb? Seeing pictures of pop stars’ babies in Ed Hardy hoodies make my skin crawl. This is fashion-forward? Exactly what kind of statement are they making here?
Just remember that Mexico cornered the “Day of the Dead” market long before Hollywood directors and fashionistas jumped on the funereal bandwagon. And it wasn’t for ratings. It’s a dead-serious holiday honoring those who have passed on and it’s also a celebration of life, not a fiesta of blood-sucking television and stars.
Don’t we have enough reality-based leeches in this country already? The true vampires are those in the Bush administration whose craven greed and callousness led to ongoing sacrifices of thousands of troops, civilians and “collateral damage.”
Maybe that’s too much to digest and comprehend than a sexy 150-year-old “good” vampire who falls in love with a hot young blonde in Louisiana.
BIO Naomi Serviss