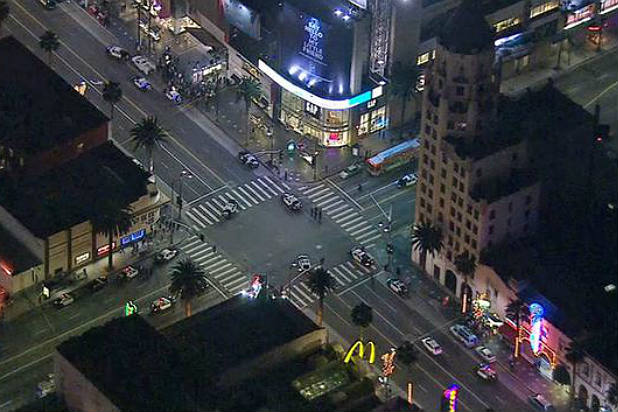 A suspect was shot and killed by police at the corner of Los Angeles’ popular tourist destination Hollywood and Highland on Friday, a spokesperson for the LAPD told TheWrap.

According to ABC7, the police were responding to an assault with a deadly weapon call when the shooting occurred at approximately 6:45 p.m. PT. The suspect was taken to a local hospital with critical injuries and died at around 9:30 p.m., police confirmed.

The intersection at Hollywood and Highland had been been blocked off to traffic.

No further details were available from the LAPD.