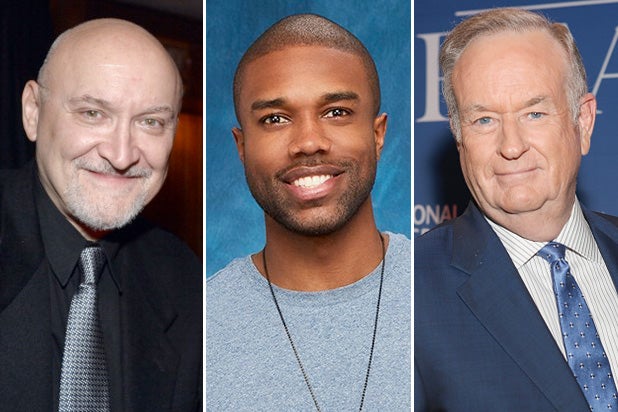 Imagine going to work one day and discovering an email from your boss threatening to kill you and throw your body out the door if he is unsatisfied with your next project. What would you do? Would you report the behavior to HR? Would you turn to the police? Would you quit your job, or continue working on the project?

It now seems to be almost a daily occurrence, when the media explodes with another case of egregious workplace behavior. These issues are typically brought to light by a lawsuit, an email, a smartphone video or some other form of supporting testimony or documentation.

Recent incidents involve New York Mayor Bill De Blasio and Oscar-nominated director Frank Darabont, who sent explosive emails belittling his subordinates on the set of “The Walking Dead.” Just a few examples of his expletive-laden correspondence include: “F— you all for giving me chest pains because of the staggering f—ing incompetence” and “I told those assholes at least half a dozen times. Why don’t they listen when I TELL them the way to do it?”

For too long society has tolerated bad behavior in our work culture. I have served as lead counsel in cases involving Fox, Uber, and many other household names — it’s clear that no industry is immune. Beyond the behavior being problematic, the impact on the businesses and institutions that are called out is usually significant. Most of these incidents, particularly those in the harsh light of social media, which accelerates and amplifies the demand for accountability and action, have resulted in immediate material actions by the respective companies involved. Usually, these include frantic and ongoing attempts at damage control.

Most industries have generally made progress, striving to create workplaces where all employees can feel safe, respected and motivated. However, some industries have been slower to change with the times, or have subverted change due to an inclusive and isolated workplace environment. One of these, sadly, is the entertainment industry.

As proven this summer by actions that temporarily shut down the ABC reality series “Bachelor in Paradise,” the Hollywood set is a workplace that can breed — and turn a blind eye to — inappropriate behavior.

Think about the dynamics: Creating a film or a television show is a relatively short-term engagement, typically conducted in remote locations away from family and friends. These projects are done with an almost nomadic collection of individuals serving at the pleasure of a director or showrunner, who functions as the CEO.

Often, the authority figure on a set has certain idiosyncrasies that are sugarcoated as “artistic license,” and dozens if not hundreds of people are under his or her direct control. There is no Human Resources department, and no one to appeal to in the event of difficult or abusive conduct. Bad behavior goes unreported because the majority of employees are worried about their next job just as much as their current one, working in a tight-knit industry where recommendations and relationships matter much more that the information on a printed resume.

Consider Fox News. The climate of harassment, abuse and inconceivable bad behavior persisted there for many years in major cities despite phones on every desk, corporate hierarchy and Human Resources a call or email away.

Or think about the activities at Uber, once a shining star that gained overwhelming media attention as it redefined personal transportation for millions of riders, now subject to intense scrutiny after numerous scandals including an employee who went public with claims of sexual harassment in the workplace and the CEO yelling at a driver.

Now consider the minimal support mechanisms that exist on a studio lot or remote set in Canada, or Texas or in a country on the other side of the world, where a group of people come together on a tight schedule for a few weeks or months to create a piece of art.

We have read about examples of alleged bad behavior in Hollywood becoming public in TheWrap and others like it: David O. Russell and Lily Tomlin on the set of “I Heart Huckabees,” Christian Bale berating a lighting technician on the set of “Terminator: Salvation,” Thomas Gibson’s reported conflicts on the set of “Criminal Minds,” Steve Harvey’s memo to staff, and now, Frank Darabont on “The Walking Dead.”

These examples have been largely viewed as isolated incidents, nowhere near as long-lived or insidious as the systemic behavior at places like Fox News and Uber. The fact is, these tales of bad behavior aren’t one-off situations. They are allowed by the Hollywood set system that routinely turns a blind eye until a real problem is brought forward, typically by way of a lawsuit. The truth is that studios and entertainment companies will not be able to avoid dealing with systematic bad behavior forever.

It’s time for a wake-up call. Acceptable standards of workplace conduct are changing across all industries, and the Hollywood set is not excused. If entertainment companies want to avoid the same fate as companies like Fox News and Uber, acceptable standards of behavior — whether the workplace is a downtown office building, a production lot or a remote set half a world away — must be imposed. After all, we have seen the recent impact of bad behavior. We all know that once these trains start rolling down the tracks, yelling “cut”” will not blunt the inevitable fallout.

View In Gallery
BIO Doug Wigdor
Doug Wigdor is the founder of Wigdor LLP, one of the leading employment law firms in the country.

Doug Wigdor is the founder of Wigdor LLP, one of the leading employment law firms in the country.