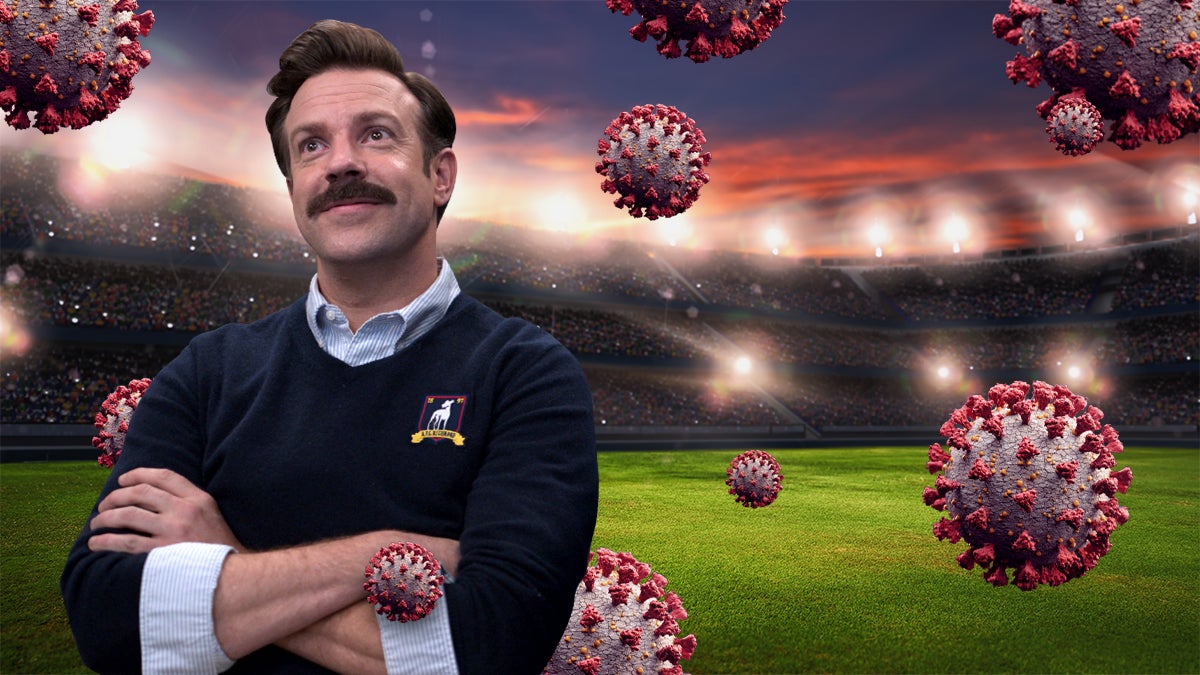 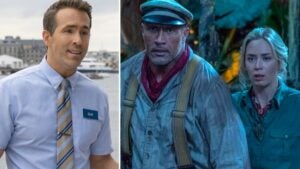 ”The buyers are getting data from the audience and it’s saying: ‘We want more aspirational content,'“ one agent says

After a year and a half of COVID-19, those in the Hollywood content business seem to have adopted a new set of requirements to work in today’s entertainment industry: Test negative, but think positive.

“Are you ready to hear the latest mandates from studios, streamers, and financiers? They are all looking for ‘blue sky,’ ‘aspirational,’ ‘uplifting,’ and ‘wholesome entertainment,’ ” read a promotional email earlier this month from Stage 32, a global community of entertainment content creators and content buyers that offers seminars, workshops and one-on-one advice for those looking to sell their first big idea to Hollywood.

Stage 32 CEO Richard Botto said he’s heard it so many times it’s become a running joke: “I hear from a lot of executives, and every single person says they want the next ‘Ted Lasso,'” Botto told TheWrap.

At the same time as the pandemic streaming boom has fueled huge demand for more content, it has also fueled a boom in demand for projects that are upbeat, romantic, heartwarming, family-oriented — anything that provides an escape from the fear, anxiety and continuous mourning of the past 18 months or so.

This is not to say that drama is dead, or that those with enough star power can’t make a streaming deal with their dystopian passion project. However, those who are producing and buying new stories we’ll see on screen in a year or so say they are mainly on the lookout for hope and happy endings.

WME agent CJ Fight told TheWrap that the streaming boom has also provided producers with ever-more sophisticated viewer information from the stay-at-home audience, and “I think the buyers are getting data from the audience and it’s saying: ‘We want more aspirational content,’ ” Fight said.

“Ted Lasso,” the feel-good Apple+ hit starring Jason Sudeikis as an American football coach who ends up coaching an English soccer team, premiered mid-pandemic in August 2020, and went on to snare 20 Emmy nominations including Outstanding Comedy Series and Outstanding Comedy Actor for Sudeikis. Botto and others say the show, in development before the pandemic, was not the trigger for the thirst for positive content but has certainly become the most visible — and successful — symbol of the trend. 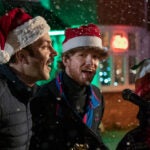 Botto said it could take a year to see a positive turnaround in TV, and even more time for the slower-moving theatrical film business — but the game is definitely on behind the scenes. “When the pandemic hit, the shows that were in production or development were like planes on the runway,” Botto said. “Once those planes took off, that’s when we started hear the need for uplifting content, more toward entertaining, funny, lighthearted and romantic comedies.”

Botto added that horror remains a popular genre because its scares reflect a fantasy, not reality, so it too qualifies as escapism, like a scream-inducing roller coaster you know isn’t really going to kill you. However, he added with a laugh, he’s also hearing producers ask for “horror with humor.”

One executive actively “looking for the next Ted Lasso” is Spencer Robinson, literary manager at Art/Work Entertainment management firm. Robinson said he is quick to tell aspiring scripters that now is not the time to market their dystopian ideas. Instead, try a romantic comedy, like Ryan Reynolds’ scifi romp “Free Guy,” released on Aug. 13, which nabbed the top box office spot in its first weekend after several pandemic postponements.

“When somebody tells me they are writing this dark show about murder and rape, I’m like …maybe don’t write your crazy, dark show right now,” Robinson told TheWrap.

Production schedules, and therefore content trends, tend to move slower in the theatrical film business, said ndependent producer Mynette Louie (“Swallow,” “I Carry You With Me”). However, though it’s always been tough to get darker stories financed, she said, “It’s definitely gotten tougher during the pandemic. I do think that a good chunk of the audience is really craving an escape from the growing woes of the world.”

However, Louie is willing to buck that trend by offering her own grimly honest view of why screen content has gotten so upbeat lately. “I also think financiers — corporations, the 1% — prefer to turn a blind eye to the reality of the darkness and sorrow they helped create,” she told TheWrap. “They don’t want to see poverty, racism, sexism on screen.  They want everything to be hopeful and hunky dory so they can feel absolved of their responsibility.”

Praveen Pandian, head of CAA’s literary department, told TheWrap he is also seeing a trend away from “the super-dark, serial killers, all the things that had been working on TV for a long time, like ‘True Detective’ and some of those stories.”

Like others, Pandian identified “Ted Lasso” as an example of the kind of stories Hollywood is seeking, but said the Apple TV+ show was not the cause of the trend. He added that the trend toward dark programming ramped up before the pandemic, dating back to the polarizing 2016 election of Donald Trump, and “Lasso” proved that audiences were yearning for a brighter world view.

“To me, it was an eye-opening moment,” Pandian said. “I think (the upbeat trend) was already in the swirl, before ‘Ted Lasso’ hit, and it came along at exactly the right time.”

Pandian acknowledged that not just pandemics and politics, but major Emmy wins can also spark trends, as in the case of HBO’s 2020 Emmy winner for Best Drama Series, “Succession,” which still has critics debating whether it’s actually a drama or a dark comedy. “I think it’s very much like every network says it wants its own version of ‘Succession,'” Pandian said.

Across the board, those in the content world say little interest remains in COVID-19 story lines, or the at-home Zoom movies and user-generated content that turned up on TV during the pandemic’s first uncertain month or so. Like it or not, Pandian said, writer-producers can’t just forget about the pandemic going forward, even when writing the frothiest feel-good romantic comedy.

“People are realizing they have to deal with it, because certain parts of society are going to change,” Pandian said. “How are people interacting, are people still clustering? If you are making a show where your character goes to Coachella, does that still look like 100,000 people going there and sweating over each other, or is that going to look dated?”

Added Pandian, “If you make something that feels tone deaf to the fact of what we’ve gone through in the past few years, and moving towards the future, your show is just not going to resonate. It’s going to seem irrelevant.” 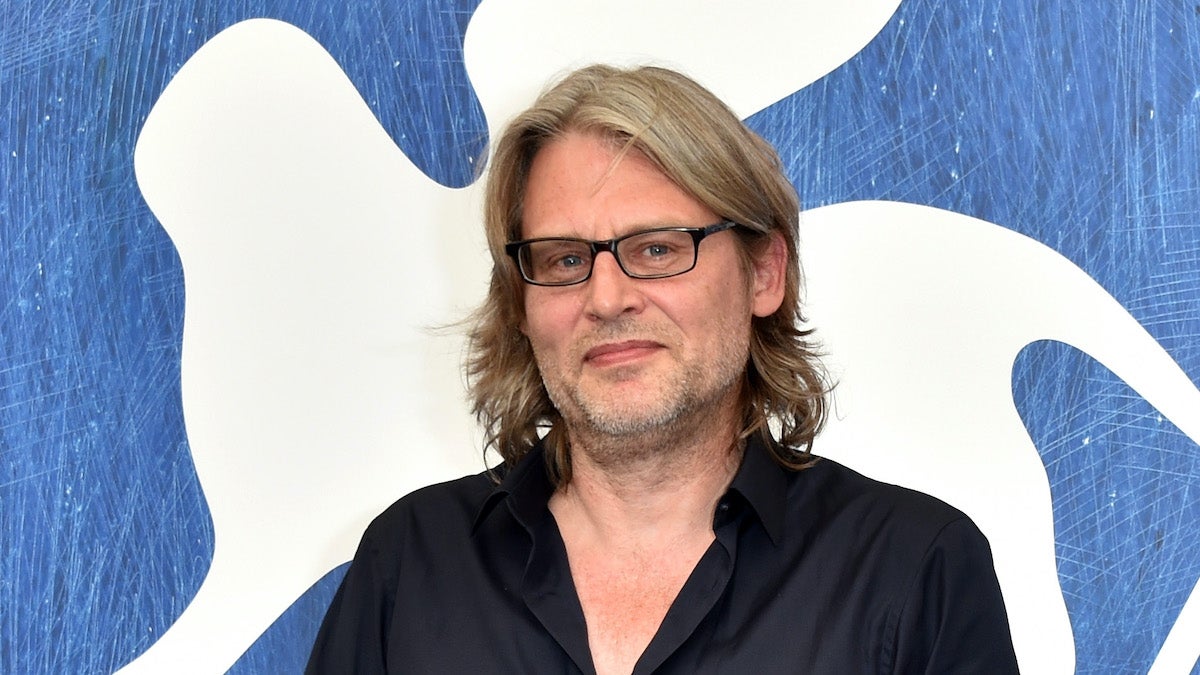