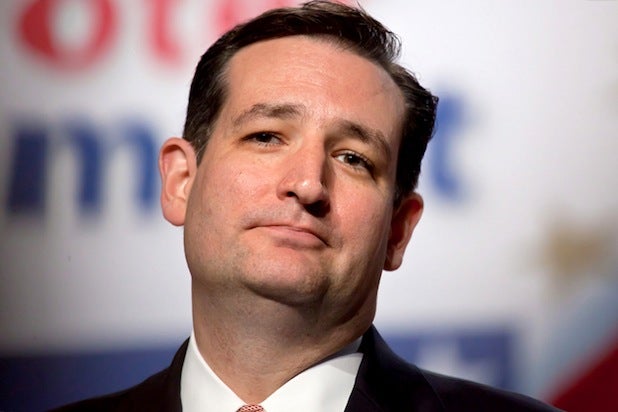 I’m no fan of Ronald Reagan, but you’ll have to join me in admitting that he was “presidential.” The problem with the Republican Party in its latest iteration is that it does not have one stand-out personality who commands universal respect. Reagan’s star-power pre-dated his quest for global power. His face was recognizable on both movie and television screens, and it translated well when he first sought the gubernatorial seat in California, and then went on to increase his appetite for world domination.

The Republicans, conversely, have on deck disembodied radio personalities, a gun-wielding rock dinosaur whose wife packs heat along with M&M’s in her carry-on, and a cartoonish nobody who recites Green Eggs & Ham in a pursuit to block a health care bill. Epic fail, even by Hollywood standards, and an embarrassment to the true icons of his party.

Until we are ready to vote for a “Michael Scott” character who runs the Oval Office like Dunder-Mifflin, we need to shun the likes of Ted Cruz and the other fringe elements that will devour the once great Republican Party.

Even Tip O’Neil, a dyed-in-the-wool liberal and Speaker of the House of Representatives had a huge fondness and respect for his ideological nemesis, Reagan. As I read in Chris Matthew’s book “Tip and the Gipper: When Politics Worked,” Tip was one of the first people that Reagan had requested to see following the assassination attempt. You could be a staunch liberal and still welcome the opportunity to shake Reagan’s hand and refer to him as “Mr. President.” When it was announced that he had Alzheimer’s, the outpouring of awareness and contributions to fight this disease came from everyone. Reagan had star power, and the lack of it in the Republican party threatens to dismantle the two-party system.

The Republican Party at one time was referred to as the Grand Old Party. It has now decayed into a reality show where individuals fan the flames of divisiveness and even racism that have been fueled by a vocal group whose members are known as Tea Partiers. They love to refute the metaphoric connection to a sexual act that is part misogyny and part acrobatics, however they tend to live up to it with great success. By obscuring a vision for the future with a pendulously flaccid message of hate for everything Obama, they have won the hearts of those who have probably never voted, and never will. This will prove out in 2016 with a Democratic landslide that will bring the country perilously close to a one party system.

Republicans are threatened by a fringe element that will erase the memory of great political and social minds like Abraham Lincoln, and replace it with the shrill fear mongering of Ted Cruz, Michele Bachmann, Ron Paul and the delusional yet comedically brilliant Sarah Palin. Their followers are lemmings who march in lock-step with Drudge Report headlines and parrot right wing memes on Facebook. They are vocal, yet lack structure.

They have nobody save for a few names who are routinely mocked and lambasted by mainstream press and late night monologues. There is not one person in the group that is enough of a draw to inspire Americans to vote for them, and fortunately, the members of this loose affiliation that lack a central leadership — I suspect that most of them don’t get off their asses to vote. Like pitbulls who are bred for battle, Tea Partiers are easily distracted by a kibble of “Duck Dynasty” reruns and ammunition discounts at Walmart.

Is this where the Republican Party is at? Are there no standouts in the vein of John McCain to offer a judicial, sober approach to the challenges of this country? There aren’t, and this spells the end of what was once a great party, formidable opponent for the Democrats, and visionaries whose focus was on the future of this country, and our leading place in the world.

As an aside, I’m a supporter of Barack Obama but not a huge fan. He decimated NASA, and I’m not digging what I perceive as a lack of commitment to Israel, but I get it. He’s providing what is probably the most significant social net to catch the unfortunates in our country that either can’t afford decent health care or have been denied coverage by out-of-control health-insurance companies.

Once the dust clears on the Affordable Care Act, and it comes time to vote in 2016 — the cost of health care will not be a major concern for the masses, and they will repay that kindness in votes for Democrats. The Republicans will be remembered as those who in their candor in front of live mics, revealed their true disdain for the 99 percentof us.

Republicans greatest fear is a successful Affordable Care Act. This is why they fight so hard against it. What will ultimately be good for the majority will all but obliterate the party that was against it. The Republicans put their once golden eggs in the baskets of guys like Rush Limbaugh, Glenn Beck and Bill O’Reilly who are first entertainers and, way down the road somewhere, political commentators. This is what the Republicans have to offer the world.

I feel sorry for guys like Boehner, McCain and other Republican power brokers who tremble in the shadow of the fringe element that has taken over their party.

Bobbie Kilberg, a Republican fundraiser who has worked for four Republican presidents and hosted fundraisers for Paul Ryan and Eric Cantor, expressed it this way:

“When you have a small segment who dictate to the rest of the party, the result is what we have seen in the last two days. People need to stand up and not be afraid of the Tea Party.”