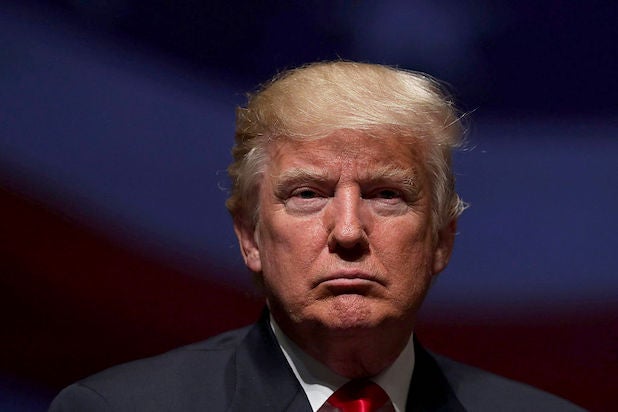 Being a Republican in Hollywood has always been somewhat taboo. But many conservatives report the stakes are even higher for them this year since GOP presidential nominee Donald Trump is an even more polarizing figure than past conservative candidates.

That has led some to remain silent about their support of the real estate mogul in order to avoid damaging consequences to their careers in an industry built on personal relationships.

“There are many people who are voting for Donald Trump but are too afraid to admit it,” Roger Neal, a Trump supporter and founder of the Hollywood PR and management firm NPR, told TheWrap. “Things have gotten really nasty in Hollywood lately.”

Also Read: How the Khans Inspired Hollywood Muslims to Stand Up and Be Counted

Neal was surprised to see many of his left-leaning colleagues, including some who owe him their start in the industry, post a recent GQ article titled, “If You Vote for Trump, Screw You” on their social media feeds.

“Some stars have gone to the far left this election and are really getting hostile,” he said. “You don’t see that from the other side.”

Oscar-nominated writer Lionel Chetwynd, another prominent Hollywood conservative, described the political atmosphere within the industry this fall as “toxic.”

Also Read: Donald Trump Says He Was 'Holding Back' on Hillary Clinton During Debate (Video)

And actor Antonio Sabato Jr. has claimed he has been bullied online and blacklisted by directors since speaking at the Republican National Convention in Cleveland in July.

“When you’re in my business, you can’t talk about [conservative] politics,” Sabato Jr. told Variety. “You’re attacked viciously in a way that I’ve never been attacked before.”

Even Hollywood Democrats acknowledge that this year has heightened the tension toward right-leaning colleagues — because Trump has emerged as a more divisive figure than past Republican presidential candidates.

“There was not the same animus toward Romney or McCain here,” L.A.-based Democratic strategist Donna Bojarsky told TheWrap.

“This happens to be Los Angeles, a very liberal and Democratic city. Republicans are already a bit behind on the eight ball,” she said.

The ostracizing of vocal Trump supporters can happen in person or even online.

Also Read: Hollywood Panics Over Hillary Behind the Scenes at Emmy Parties

For years, Hollywood conservatives were forced to keep their politics under the radar for fear of losing jobs in an industry that’s often based on relationships as much as talent.

In recent years, many have found fellowship in right-leaning groups like Friends of Abe, which closed its offices earlier this year but continues to meet informally.