It’s going to be an exhausting week for people in the finance departments of studios as they stay up late working for Wall Street.

Hollywood’s once-in-a-decade liquidation sale continues to accelerate at a pulse-quickening pace, and the aroma of desperation is not far off. 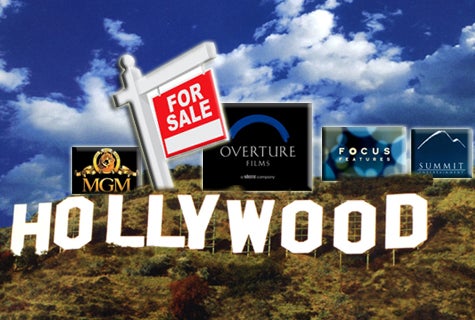 As WaxWord reported on Monday, Focus Features was the subject of active negotiations to be sold by Universal Studios in the past several weeks. The division had not previously been known to be for sale.

The deal to be sold to Media Rights Capital, run by producers and financiers Mordecai Wiczyk and Asif Satchu, fell apart last week.

But lots of other deals remain in play. Overture Films, as the lead property in Starz Media, now has several potential bidders, according to individuals familiar with the sale. (WaxWord broke the news of this sale last month: Liberty’s Malone Ready to Break With Overture Films.)

Malone’s Liberty has defined the parameters it is seeking for this sale of the division, which includes Overture, the Anchor Bay video company, two animation companies and a television production arm. Overture’s library has about 20 films, Anchor Bay has about 2,500 titles.

·      For the studio to operate as it has been until now, the company would need to make available about $250 million in operating capital. Only about a fourth of that would need to come from direct equity.

·      Malone is keen to sell the divisions as a group in order to maximize the tax benefits.

So who are the potential buyers?

Many of the same players who are circling the other Hollywood properties up for sale.

With both Miramax and MGM on the block, Overture is being regarded as a less expensive back-up plan for some bidders seeking a platform in the U.S. film market.

While the movie studio has not released major money-makers since its launch in November 2006, current management in Chris McGurk and Danny Rosett believe they have successfully redefined their slate with recent films including “Law-Abiding Citizen,” “The Crazies” and “Brooklyn’s Finest.” (The studio has had plenty of misses, however, including with Michael Moore’s “Capitalism,” and “Last Chance Harvey.”)

Those would likely include Access Industries and Len Blavatnik, the Russian-born billionaire who is bidding in the second round for MGM and who has kept an eye on Miramax without yet making a formal offer.

Another likely bidder is Studio Canal, the French media giant that has also sought to be included in the running for other sales.

Finance insiders close to the deal say Malone was aiming to clear a path to a sale within 60 days of hiring an investment bank in February, and to narrow bidders down to two or three serious contenders.

A spokeswoman for Liberty and a spokesman for Starz both declined to comment. Overture also had no comment.

Hollywood for Sale — But What’s the Right Price?