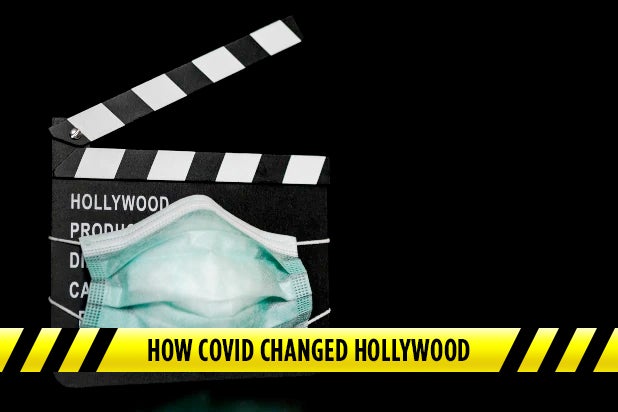 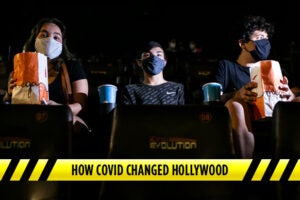 COVID Turned Hollywood Sets Into Doctors Offices, But When Will the Masks Come Off?

How COVID Changed Hollywood Special Report: ”My guess is that we will see masks and other protocols in place until there is true herd immunity,“ ICM’s Janet Carol Norton says

Face masks and COVID tests became as routine as call times and outtakes on Hollywood sets in the year since the pandemic disrupted film and TV production. But as more people get vaccinated, the question remains when, or even if, those same sets will return to pre-pandemic days.

“We are a year into the pandemic and the industry has figured it out. My guess is that we will see masks and other protocols in place until there is true herd immunity,” Janet Carol Norton, ICM agent, partner and production department head, told TheWrap. “The masks are working, and even though it’s hard — our business is back to work in a meaningful way.”

Over the past 12 months since the pandemic’s arrival, Hollywood embarked on a near-complete reworking of how it makes the TV shows and films that are the industry’s lifeblood. Gone are the massive crafts table and team lunches, in favor of new strict testing protocols, masks and color-coded or lettered zones. Sets are now more akin to a science lab.

The strict new protocols, the result of a six-month collaboration between the various unions and studios, have added millions to studio’s price tag, along with a new job to the call sheet: The COVID compliance officer.

Productions had to be more nimble than ever before, with many having to start and stop whenever a crewmember tested positive. Some shows, like Apple TV+’s “Mythic Quest,” even dealt with full-blown outbreaks. Even Batman himself couldn’t avoid COVID, after Robert Pattinson tested positive in the fall while in production in the U.K. for “The Batman.”

“I hope we don’t have to wear masks and shields on set anymore. I think that we’ll be scared, but hopefully we’ll be able to stand close to each other again without worrying about our health,” Suzan-Lori Parks, showrunner on Nat Geo’s “Genius: Aretha” limited series and screenwriter for “United States vs. Billie Holiday,” told TheWrap. “Things like being mindful of safety precautions is always good and it lowers the common cold and that kind of thing. It’s hard to tell at this point what it’s going to look like, but I look forward to the next gig and finding out.” 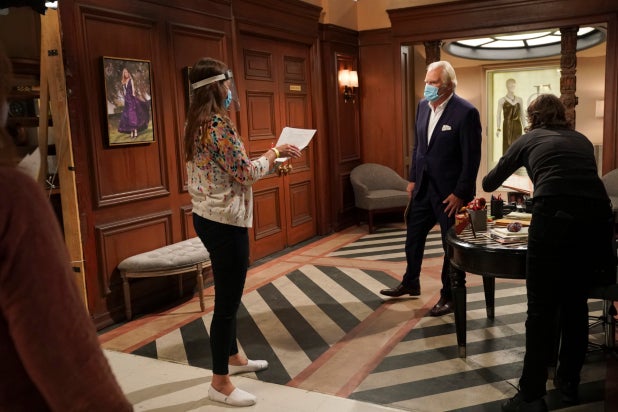 CBS’ “The Bold and the Beautiful” films amid the pandemic last year (Photo: Sonja Flemming/CBS)

The production challenges altered TV schedules. Fall TV season started later, and more staggered than usual. The CW pushed back its season until January. In one particularly notable example, it affected Disney+’s rollout of its highly-anticipated Marvel series: “WandaVision,” which just capped off its nine-episode run, was moved ahead of “The Falcon and The Winter Soldier,” which debuts next Friday. That was largely because “WandaVision” was the one that Marvel could complete sooner, given that “Falcon and the Winter Soldier” featured a much more globetrotting shoot.

“I’m not a public health official, I don’t know what the future will bring. I don’t know that even public health officials do at this moment,” “WandaVision” director Matt Shakman said. “I hope that we can go back to making films the way we used to. It was hard to work with actors when you’re wearing a mask. You lose a lot of that nonverbal communication that you normally have between actors and directors.”

Parks recalled that they had to shut down “for several days” on “Genius” and that she even had to change the script.

“We had masks and face shields on set. We had to stay six feet away from each other at all times, as much as we could. We had the COVID test, nose swabs every day. Every day,” she said. “I had to cut pieces of the script because we lost shooting days. That’s the list of things we had to endure.”

The one common thread regarding pandemic-era production was that it was possible, but not preferable, to do the job this way. For a business that is as relationship and in-person oriented as Hollywood, something has been lost.

“In the entertainment industry where people in all parts of the production work closely together and truly collaborate, to suddenly hear that you could not be in the same office with your co-worker and have to wear a mask when hauling cables around a sound stage — was hard,” Norton said.