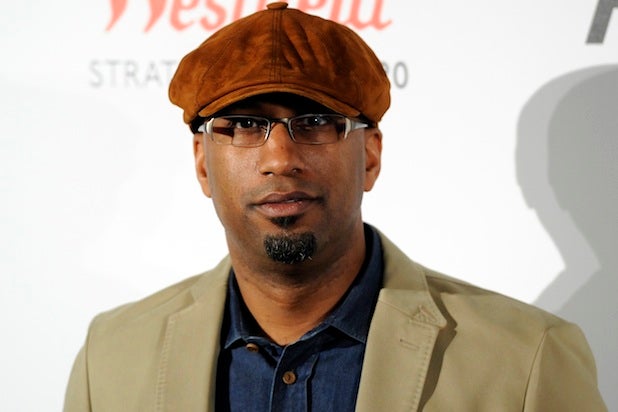 On the eve of the debut of “Think Like a Man Too,” Tim Story sits in the lobby of the Beverly Hilton, sipping a martini with a big smile on his face. He is more comfortable, and wields more control, than at any time in his career. He shouts at Screen Gems President Clint Culpepper and producer Will Packer as they pass by — confident without being cocky, driven but not desperate.

For the first time in his career, Story is not going to surprise Hollywood. Agents, executives and even the press know his latest movie, “Think Like a Man Too,” will be a hit. Advanced tracking projects it will gross at least $30 million and claim the box office crown this weekend.

Then again, these are the same tracking services that missed their estimates for Story’s last two movies, “Ride Along” and “Think Like a Man,” by more than $10 million. This is not unique to Story. Films that appeal to women and minorities always seem to “surprise.”

“It is weird to work for an industry that keeps on using the word surprise,” Story tells TheWrap. “It is so evident that the young girl teen audience, and the black and brown audience, whatever you want to call it, is so strong.”

The fact that the industry continues to underestimate urban audiences perplexes Story, but it doesn’t bother him.

“We will just keep doing it,” Story added. “We will keep quote-unquote surprising them. As long as it allows us to do more movies.”

Also read: Kevin Hart’s ‘Think Like a Man Too’ Should Laugh Off ‘Jersey Boys’ at Box Office

When you think about famous movie franchises, “Star Wars” and “Indiana Jones” come to mind, as do their directors, George Lucas and Steven Spielberg. The success of those movies ushered in an interminable era of blockbusters and franchises, superheroes and science fiction.

Spielberg and Lucas are still alive and kicking and directors like Christopher Nolan, J.J. Abrams and Michael Bay have picked up the baton.

One name that doesn’t seem to fit this group of powerful directors is Story, a mild-mannered 44-year-old from Los Angeles. Story directed a couple of superhero movies, but has spent the bulk of his career making lower-budget films that blend drama and comedy. Explosions are rare, unless you count Kevin Hart’s cacophonous yammering.

“I make movies that I want to see later on when I am old and senile and can’t even remember where I am going,” Story said. “I just want to watch movies that are fun and speak to my life, my childhood and where I am now.”

This has proven to be a winning formula. Story has launched more franchises than Lucas, Spielberg or James Cameron. They are smaller franchises, to be sure, but “Think Like a Man Too” could be the sixth movie in Story’s career to open in the top spot at the box office.

His first true success was “Barbershop,” which spawned a sequel that he did not make. Scheduling got in the way, among other things.

“I was at Quincy Jones’ house, Jerry Weintraub was there, and I was discussing doing ‘Barbershop 2.’ He said ‘Aw, you can’t do a sequel back-to-back,’ and I kind of got it in my head that I should do something else and then come back to the sequel.”

His second major feature, “Fantastic Four,” also spawned a sequel that he did make. Fox is now rebooting the franchise with Josh Trank in the director’s chair.

Story will be busy making a sequel to his most recent movie, “Ride Along,” while another sequel, “Think Like a Man Too” thrives at the box office.

These new franchises are the result of a strategy Packer crafted in response to the shrinking movie industry. He found sympathetic ears in Story and Hart.

“Often times the three of us are having this conversation: ‘How does this film lead into the next one to set up the third to put us in position to accomplish the fourth?'” Packer told TheWrap. “We are always talking strategically about the next four to five films.”

Michael Ealy, who starred in both “Barbershop” and “Think Like a Man,” compared Packer to Phil Jackson, the most successful basketball coach in NBA history.

While publicists fret about Los Angeles and New York, Shanghai and Moscow, Packer takes his casts to Memphis and Cleveland for screenings. He pushes them to talk about the movie on social media.

“He’s the only one running the triangle,” Ealy said, referring to a specific brand of offense that Jackson and Tex Winter instituted with the Chicago Bulls and the Los Angeles Lakers. Both teams won several NBA titles.

Packer’s version of the triangle — comedies with heart, aggressive marketing and undervalued talent — ensured directors like Story and Steve Pink would not lack for work.

Story almost gave up on movies twice before. A promising music career nearly derailed his directing prospects. He was in a rap group, and passed his time dropping verses with Ice-T.

That all changed when a member of Story’s rap group was killed. He then turned his attention back to movies, which he had loved since he was a little kid, and went off to USC film school, where he met his future agent.

The movie put Story into debt, so he started directing music videos to get out of the red. Then “Barbershop” happened.

The popularity of that franchise was of no help after he made a movie about a basketball coach called “Hurricane Season.” The Weinstein Co. released the movie straight-to-DVD at a time before video-on-demand and streaming video. It landed Story in “director’s jail.”

“There is something about passion that you just cant fake. There may be some people out there that can fake it but I am not good at faking passion,” Story said. “I found that I would go into these rooms for jobs and by saying ‘yes I love it’  — when I didn’t — that made it harder to get jobs.”

Story considered abandoning the career he had wanted since age seven. He spent a lot of time getting advice from friends and colleagues, including “Barbershop” star Ealy, who went 11 months without a job.

“We were linking up to talk about how to get out of that,” Ealy told TheWrap. “We were trying to make sure we never have these lulls again; we made sure that we learned the lessons that cost us that time off.

“You can’t just wait for the phone; you have to be proactive and find properties you want to develop and you want to be in. “

Story found such a project when he read the script for “Think Like A Man,” which was inspired by Steve Harvey’s best-selling dating manual “Act Like a Lady, Think Like a Man.” He set up a meeting with Packer, who was dubious.

“I didn’t see him as the ‘Barbershop’ guy but the ‘Fantastic Four’ guy,” Packer said. “I wasn’t sure he had the skill set I was looking for.

Also read: Comedies vs. Tentpoles: How Summer’s Punchlines and Punches Stack Up

“I took a long time to make a decision about the director,” Culpepper said. “I wanted to meet with everybody.”

Yet Packer vouched for Story, and Culpepper recognized a director unfairly maligned by the powers that be. He had pulled someone out of director’s jail before, though that time he had some culpability.

He gave Will Gluck his first directing job on a movie called “Fired Up!”  It tanked at the box office, and could have ended Gluck’s career.

Six months later Culpepper handed Gluck the script for “Easy A.” Culpepper’s colleagues were stunned that he handed his favorite script to a director whose last movie misfired.

“Easy A” was a hit, as was “Friends With Benefits.” Gluck’s next movie is an adaptation of “Annie” starring two Oscar winners, a Tony winner and Cameron Diaz, among others.

Culpepper and Packer made a similar bet when they hired Story to make “Think Like a Man.”

“You need someone to believe in you,” Culpepper said. “You can have four movies, and number five is a bomb. All of a sudden no one wants to touch you. They don’t think about the four before that.”

Story persuaded them with his vision. Culpepper had already flown to Texas and promised Harvey they would not make “an average black movie” riddled with negative stereotypes. He wanted inspiration.

“I am always going to keep coming back to those slice of life fun moments,” Story said. “I think the urban audience is under served with material and I just love making people laugh.”

Story often cites Woody Allen as an idol. Allen has spent the past two decades making a new movie every year, finding financing wherever he can for films with a rotating cast of characters. Some win Oscars. Most make money. All of them bear the Allen imprint.

Story wants his own brand of heart and laughs, and he wants to employ actors underutilized in Hollywood, like Ealy, Cedric the Entertainer and Derek Luke.

After making “Ride Along 2,” Story will reunite with Hart and Packer for “Black Phantom,” which will also star Jamie Foxx. A third “Think Like a Man” could also await; Culpepper envisions it as a trilogy.

With these projects in development — and a new deal with HBO — Story now wields the power to say no.

Having lost the chance to do what he loves once before, he strives to avoid that fate every day. Everyone who has worked with Story notes his assiduous preparation. He and Ealy reviewed every one of his scenes in “Barbershop” before production started, a routine they have maintained ever since.

While that preparation has always been part of Story’s DNA, his recent success engenders a newfound confidence and maturity. Story now has the power to say no. While he once felt pressured to make movies for other people, he can now focus on making movies for himself.

For more on Story’s rap career, watch an interview he previously did with Black Hollywood Live below.