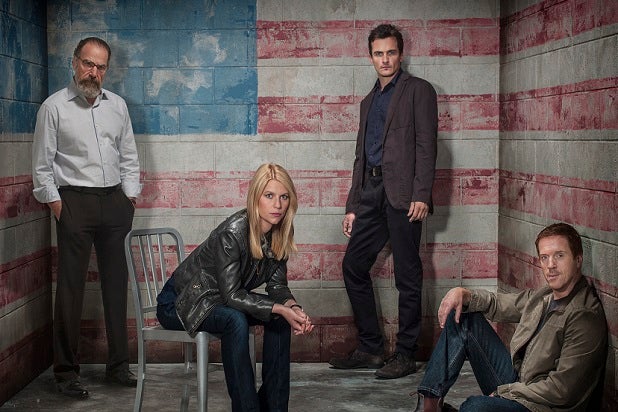 The return of Sgt. Nicholas Brody has been good for “Homeland”: The series earned the highest-rated episode of its third season Sunday.
The season’s fifth episode also had the show’s second most total viewers, behind only the Season 2 finale. Sunday’s episode earned two million viewers at 9 p.m., up 13 percent from the prior week. It earned 2.73 million viewers across the night, up 9 percent. That was against stiff competition from the NFL, the World Series, and AMC’s “The Walking Dead.”
Also read: ‘Walking Dead’ Beats World Series, ‘Sunday Night Football’ in Key Demo
Showtime said “Homeland” is on pace to deliver its highest-rated and most-watched season ever.
“Masters of Sex” at 10 lost about half of its lead-in, but was steady with 1.01 million viewers. It had 1.32 million for the night. The show is heavilty time-shifted, and averages 5.4 million weekly viewers across all platforms.
Showtime has already renewed “Homeland” for a fourth season and “Masters of Sex” for a second.