Jan Sewell thought she was getting a gig to transform her friend Eddie Redmayne into Stephen Hawking for what would be the actor’s Oscar-winning turn in “The Theory of Everything.” But that film led her straight to a second film, “The Danish Girl,” which proved to be an education in the trans experience and the artists and people at its forefront, courtesy of director Tom Hooper.

“Eddie and Tom were very keen and responsible,” Sewell said of the process. “Eddie especially brought me everything I didn’t know, and opened my eyes to the trans movement.”

To create the important visuals for Redmayne’s character of Einar Wegener, who became one of the first recorded gender reassignments when he transitioned into Lili Elbe in the early 20th century, Sewell started with a passion Lili regarded almost as sacred: painting.

Einar had been an artist, though he largely stopped when he became Lili; his wife, Gerda Wegener, played by Alicia Vikander, was also an illustrator and painter who frequently used Lili as a subject. “Tom in particular said, ‘Look at the paintings,'” said Sewell. “So that’s where we got the color palette. Especially the red wig.”

Though Lili’s hair was actually closer to blonde, Gerda painted her with red hair. “The inspiration started there,” Sewell said, “and also the 1920s coloring and looks.”

About seven months before “The Danish Girl” began shooting, she added, “we did a test just with photographs with lots of different wigs, but he looked great in the dark one. He’s a handsome, beautiful man so it made sense to stick with his coloring and not fight it.” 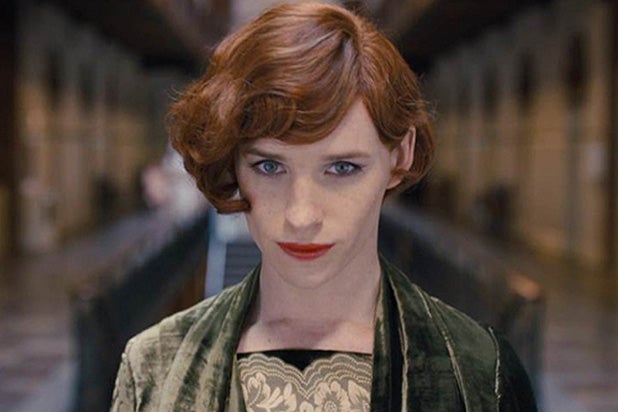 Sewell also drew from several trans actors in the “Danish Girl” production who played supporting and background roles. “These supporting artists would sit with us in makeup truck, talk about their process,” she said. “We were keen to hear it. The whole process was enlightening.”

Most rewarding was guiding Redmayne on his journey through feminization. “A hyper-feminization tends to happen after people first transition,” she said. “And slowly they become more natural. Even when Eddie had to dress as Einar, we progressively feminized that too.”