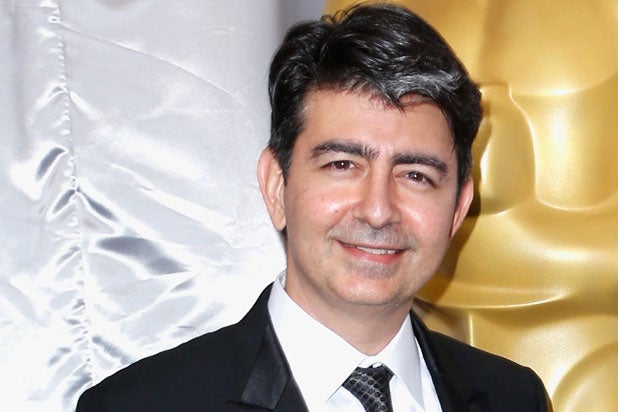 Billionaire eBay founder Pierre Omidyar could rescue Gawker from its financial troubles after his arch-rival has been revealed as the person bankrolling anti-Gawker lawsuits.

Omidyar’s First Look Media is reaching out to other media organizations to help Gawker fund its appeal of the $140 million Hulk Hogan payout, according to the New York Post.

Gawker said in a statement to TheWrap, “We welcome the support at the appellate level.”

According to the media company’s website, “First Look is dedicated to protecting the First Amendment — and the critical freedoms it provides all Americans.”

Created in October 2013 following the Edward Snowden leaks, First Look Media’s properties include The Intercept, and the company is reportedly hoping to save Nick Denton’s Gawker because his rival Thiel wants to shut it down. The history between Omidyar and Thiel goes back more than a decade, to when Omidyar’s eBay first purchased Thiel’s PayPal.

Thiel has admitted to bankrolling anti-Gawker lawsuits in an attempt to shut down the website that once tried to out him as gay.

The Writers Guild of America, East has publicly asked Thiel to reveal what other lawsuits he’s secretly funding after he admitted his attempt to take down Gawker by funding lawsuits against the media empire, including Hulk Hogan‘s suit that resulted in a massive $140 million payout.

“Peter Thiel has all but confessed that his primary objective is Gawker’s demise. Plutocrats already have outsized power in this country, and we cannot allow them to use their vast fortunes to silence media companies,” WGAE said in a statement.

Denton challenged Thiel to an “open and public debate” about journalism’s role in society in his open letter on Thursday.

Meanwhile, the New York Post reported that Denton has begun soliciting bids for the company because the Thiel-funded trial is leaving him strapped for cash.