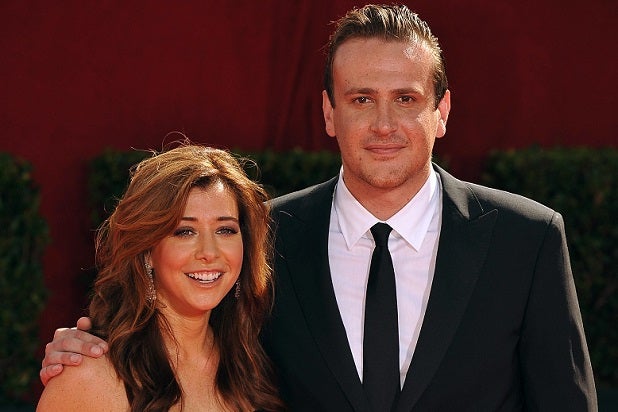 How do you create an ideal television couple? Ask Jason Segel, and he’ll tell you: Make it seem like they actually like each other.

Segel, who plays Marshall Eriksen opposite Alyson Hanigan’s Lily Aldren on the CBS sitcom “How I Met Your Mother,” reflected on the dynamic of the pair’s characters during an event celebrating the show’s 200th episode (airing Jan. 27) on Thursday. The actor bemoaned the preponderance of “nagging” and “eye-rolling” among small-screen pairs.

Also read: ‘How I Met Your Mother’ Creators on the ‘Dad’ Spinoff, and the 200th Episode

“Marshall and Lily to me, they’re my favorite TV couple, because they really do love each other,” Segel said. “There’s sort of this formula of a successful TV couple that seems to involve a lot of nagging and a lot of eye-rolling. We’ve managed to do nine years without nagging or eye-rolling.

“A lot of shows, I wonder why they’re actually married. It seems like she lost a bet,” Segel continued. “Whereas Marshall and Lily, first of all, they really like to get it on, which I think is really funny and kind of rare. They like each other’s jokes and they have a lot of shared, private jokes. It’s a real couple, I love it.”

With “How I Met Your Mother winding to a close after its current ninth season, Segel and Hannigan are looking toward the next phase of their careers. Far from burning out on the sitcom genre, Hannigan revealed that she’s looking for  another comedy gig — and that she’s actively recruiting Segel as a co-star.

“That’s what I want to do next, is another one. And I’m trying to get this guy to go with me,” Hannigan said, referring to Segel. “He said, ‘Give me a few years.'”

Also read: ‘How I Met Your Mother’ Spinoff Gets Pilot Commitment From CBS

Segel, who also has an active movie career, suggested that he might take a time-out from juggling big screen and small screen projects when “HIMYM” wraps up its run.

“I’ve done quite a few movies during the run of this show. So it really was sort of doing the show, writing a movie during the season, and then trying to film it during the hiatus,” Segel offered. “I think it might be nice to just take a little break.”

And, should Segel and Hannigan ever team up again on the small screen, don’t expect a romantic relationship between their characters — because Hannigan just might not be able to handle the mixed feelings.

“I don’t like watching his films because he’s always, like, romancing some other girl,” Hannigan admitted, before slipping into a parody of bitter disgust: “You call that chemistry?!!?”