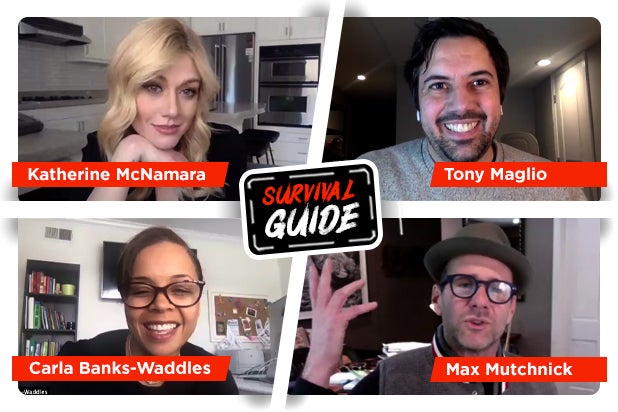 While broadcast networks struggle to decide what to do with all the TV series that didn’t manage to finish production on their current seasons before the coronavirus outbreak forced them to wrap things up early, they’re simultaneously trying to sort out the situation with their shows that aren’t even shows yet, a.k.a. pilots.

During “TheWrap’s Survival Guide for TV Pilot Season” webinar, TheWrap’s TV editor Tony Maglio spoke with “Will & Grace” creator Max Mutchnick, “Arrow” star Katherine McNamara and “Good Girls” producer Carla Banks-Waddles about the state that each of their respective broadcast pilots were in when the COVID-19 pandemic grounded filming on all the potential series earlier this month — and how they’re trying to keep working on those projects during the shutdown.

The “Shadowhunters” alum stars on an untitled spinoff of The CW’s now-ended “Arrow,” a series on which McNamara played Mia, the adult daughter of Green Arrow/Oliver Queen (Stephen Amell) and Felicity Smoak (Emily Bett Rickards). The “backdoor pilot” for the show aired in January as the second-to-last episode of “Arrow’s” final season.