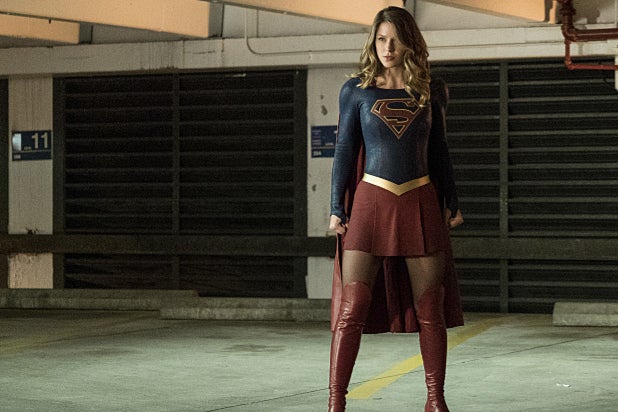 The “Supergirl” fall finale lands tonight — but has the series proved a hero for the CW? Well, it hasn’t exactly been more powerful than a locomotive.

Season-to-date, “Supergirl” Season 2, now on the CW, has averaged a 1.2 rating/4 share in the advertiser-coveted 18-49 demographic. These numbers — like all in this post — are from Nielsen’s “most current” metric, which counts seven days of delayed viewing where available. Among total viewers, the sophomore run is bringing in 3.6 million audience members for each episode.

Compare those figures to CBS’ freshman run, which averaged a 2.8/9 and 11.2 million total viewers at this point last year. In other words, the show has more than halved itself in the key demo, losing 57.1 percent of adults 18-49 from Year 1. The drop-off looks even worse among overall eyeballs, where “Supergirl” has shed more than two-thirds of its CBS tune-in.

So, does all that mean the CW is “Supergirl’s” kryptonite? No, not really — let’s get some very important asterisks out of the way.

First of all, CBS is correct when it calls itself “America’s Most-Watched Network.” Plus, the CW cares more about millennials than the broader 18-49 category, even though advertisers don’t. In other words, any show that traveled from the most popular English-language broadcaster to the least was going to experience significant drop-off.

Additionally, “Supergirl” had a very strong series premiere on CW in fall 2015, which skews this small-ish episode count. It fell off quite a bit as the season went on and the sample size expanded. That explains why it’s no longer on CBS, by the way.

Perhaps a better way of looking at “Supergirl” numbers is to do so with like shows on the same network. This paints a much brighter “S” on the chest.

The Melissa Benoist series is currently the second highest-rated show on the CW, two-tenths of a ratings point behind “The Flash” with 1.4. “Supergirl” had a thin lead over “Arrow,” which averages a 1.1 per episode — we’ll keep an eye on the silver medal race.

What we’re saying is that it’s certainly not doomsday (nor Doomsday) for “Supergirl” — but a powerful portion of the show’s once-mighty audience has fled faster than a speeding bullet.

The “Supergirl” fall finale takes off tonight at 8/7c on the CW.