Eddie Redmayne continues to win praise and awards nominations for his stirring portrayal of transgender artist Einar Wegener and the painter’s female alter ego, Lili Elbe, in “The Danish Girl.” Over the past few days, Redmayne picked up SAG and Golden Globe lead actor nominations. While his dual performances bring the Tom Hooper-directed drama to life, the makeup and costumes inject additional believability into the characters.

The Focus Features release follows the true story of Einar, a successful Danish artist born in 1882, as he transitions into Lili. Einar was one of the first people in the world to undergo a documented gender reassignment surgery. SAG and Golden Globe nominee Alicia Vikander plays his supportive, yet emotionally devastated wife Gerda Wegener, who documents Einar’s life through her own paintings.

As Einar transitions into Lili, everything in his world changes, including his fashion aesthetic. Oscar-nominated costume designer, Paco Delgado, whose previous films include “Les Misérables” and “The Skin I Live In,” was tasked with outfitting Redmayne in both men’s and women’s clothes. 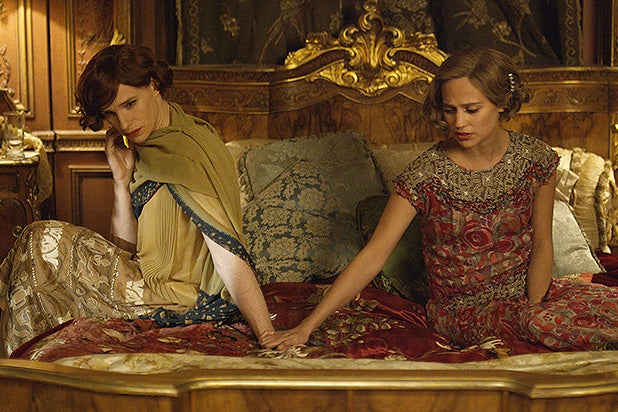 “We had a very, very collaborative relationship,” Delgado told TheWrap. “Almost a year before we started doing the movie, me, Eddie, and Jan Sewell, the makeup artist, we started doing tests to see what sort of direction we had to take.”

Those earlier tests revealed how much work the production team would have to do, to physically transform Redmayne into Lili.

“Eddie has got an Adams apple and we were all very worried about that, and what sort of things we had to do not to show his bone structure,” Delgado explained.

They also faced a quandary as to what fabrics, colors and designs would best suit Lili. Delgado admitted he did not initially see eye-to-eye with Redmayne.

“He wanted to have a waist, like a waisted figure for Lili. But the ’20s fashion was a waist-less sort of style. So, we had to make a compromise between the ’20s style and what we thought was good for Lili. That was part of the challenge,” the costume designer said.

That compromise included a waist-control garment, which any woman knows, is uncomfortable. 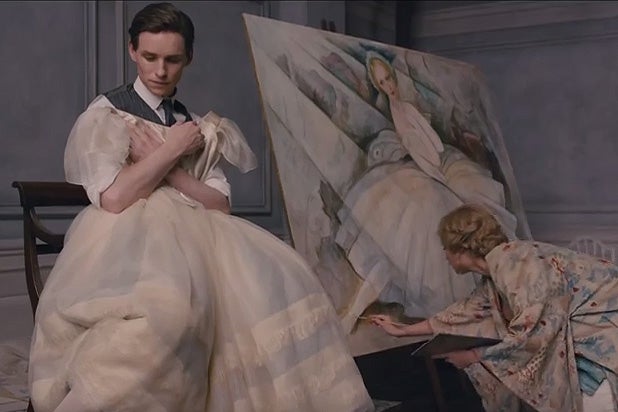 “We put Eddie in a corset and that helped quite a lot… It might be uncomfortable, but if it helps you to become the character, then it’s worth it,” Delgado said.

Once they pinpointed the right style and fit, Delgado and his team set out to find fabrics similar to what women wore in 1920s Europe.

“We tried to find a lot of fabrics that were real fabrics for the period, in antique shops and in markets and we also bought antique dresses that we used just for the fabric,” said Delgado, who is a native of Spain. “We recycled those dresses to use them as fabrics to re-cut new dresses for Eddie.”

As Delgado explained, simply putting Redmayne in vintage dresses was out of the question.

“All of these antique and secondhand, vintage clothing, they are made for a type of body that they are not our bodies anymore, and especially not for a man’s body.”

They found inspiration from designers such as Jeanne Lanvin and Coco Chanel, and from paintings by the real-life character Vikander plays in the film.

“We used a lot of the paintings made by Gerda, especially as a point of reference,” he said.

As transgender issues receive more attention in the media, Delgado said the team behind the film knew they had to get it right.

“We knew that it was our responsibility to create a believable character and a sympathetic one,” he said. “It was a huge responsibility and I hope we have achieved something positive.”