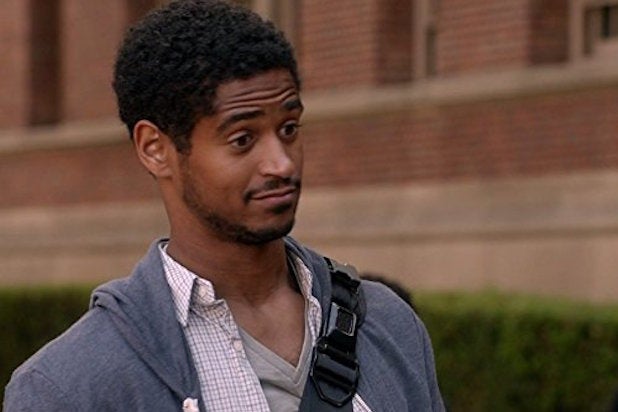 (Spoilers: Stop reading if you’re not caught up on the latest episode. Just get out of here.)

As if “How to Get Away With Murder” wasn’t already laced with enough twists to keep your stomach turning for days, now fans are burdened with one more–who is the father of Laurel’s baby?!

Oh, yeah… Laurel is pregnant and basically everyone besides her is freaking out.

Also Read: 'How to Get Away With Murder': Characters Who Could Be the One Under the Sheet (Photos)

Folks seem to have caught on to Shonda Rhimes‘ inclination for major plot twists and leaving her fans unnerved that she came up with a theory of who’s under “the sheet.”

I feel like whoever the father of Laurel's baby is, is who's under that sheet.#HTGAWM pic.twitter.com/qI56Bb0FH9

But the major point is that we don’t know who the father is. Because clearly Laurel being almost dead and pregnant weren’t already shocking enough. We know that she’s in love with Frank and has a complicated romantic relationship with Wes, so really either one could have fathered that child.

So remember last week’s episode when Rhimes hit us with a page from her book and revealed that apart from the dead person under the sheet, firefighters discovered another body in the house (yeah, surprise!)? Thankfully though, that second body had a pulse — Laurel, and her baby, are safe.

The ending was clearly an emotional time for a few viewers.

Also Read: 'How to Get Away With Murder': 9 People Annalise Keating Has Messed With (Photos)

Welp. That's one way to get Frank back. #HTGAWM

Trying to figure out who Laurel's baby daddy is … #HTGAWM pic.twitter.com/npLmRN3T4J

Who is the father of Laurel's baby? Find out next time on an all new episode of the Maury Show! #HTGAWM pic.twitter.com/j5XpbBuTZR

WHAT IF LAUREL AND WES WERE IN THE HOUSE TOGETHER WHEN FRANK CAME AND BURNED IT DOWN #HTGAWM pic.twitter.com/eR1X9WUe2E

How did Laurel got pregnant??? I think I clearly forgot how ridiculous #HTGAWM is.

It better be a Flaurel baby. ????#HTGAWM

Omg laurel! Who is the dad Wes or Frank? Did she have sex with Wes? #HTGAWM

I feel personally victimized by the #htgawm twist tonight

'How to Get Away With Murder': The Characters Who Could Be Under the Sheet, and the Ones Who Are Cleared (Photos)

At this point, it’s wide open — and we’re tracking the possibilities

(Spoilers for "How To Get Away With Murder" are within, obviously.)

UPDATED on 11/17. In true "How to Get Away With Murder" fashion, the Season 3 premiere left us with a wild cliffhanger. So now we're dying to know: Who the hell is under that sheet? It's a question that may not be answered for a while, so for now, we'll take a look at the possibilities. And we'll keep this list updated as the season goes on -- each week one character will be confirmed Not It.