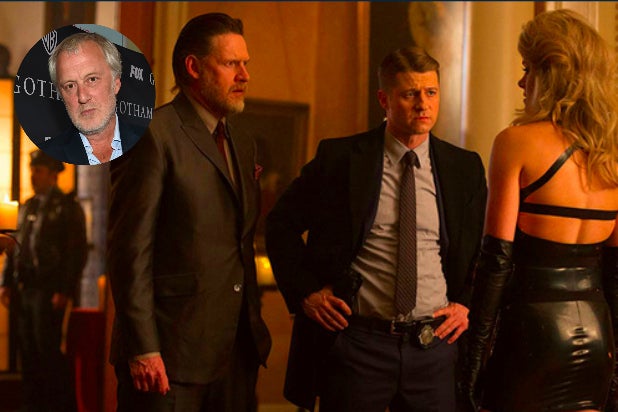 War is coming to “Gotham” tonight, and a lot of soldiers are going to die.

“A whole bunch of stuff is going to be revealed in this final episode, that is going to be both shocking and scary and thrilling,” the executive producer said. “There is a huge amount of fireworks; major characters are going to die.”

Sounds pretty grim, right? Fortunately, there will be a win for some characters on the Fox Batman prequel — presuming anyone survives.

“Other people are going to snatch triumph from the jaws of defeat,” Heller promised. “It very much is an explosive season ender.”

Additionally, the writer said that a character whom the audience has been waiting for — an alter-ego — will be revealed in this, the series’ 22nd episode.

Season 1, which Heller describes as “the last chapter of the first book,” has been a roller coaster on the TV ratings front. While the prime-time comic-book drama opened huge, it has come crashing down to Earth heavily since then.

Recently, in Live Plus Same Day Nielsen numbers, “Gotham” has been averaging a 1.5 rating/5 share and around four-and-a-half million total viewers over the last few weeks. Compare that to its premiere, which drew a 3.0/10 and eight million viewers.

There has also been some casting drama in the DC Comics universe. Jada Pinkett Smith publicly distanced herself from any chance of a second season, telling “Live With Kelly and Michael” of a future: “I don’t think so, I signed for a year and the year’s up.”

Heller though attempted to ease that concern during our conversation. “When Jada was speaking there, she was speaking in the midst of negotiations,” he said. “I would say, ‘never say never.'”

“[In] the world of ‘Gotham’ and DC in general, death … does not need to be final in this world,” he continued, when asked if her declaration spelled death for crime boss Fish Mooney. “There are resurrections.”

Also Read: 'Gotham' EP Explains How 'Game of Thrones' and 'Walking Dead' Have Changed Finales for Everyone

In any event, Season 2 was ordered swiftly by the fourth-place network, and it will get 22 episodes right off the bat (pun kind of intended). Heller, who opened the writer’s room last week for their second run, is looking forward to the sophomore challenge.

“It’s not the pilot, it’s the first season that is the kind of a rehearsal for what you want to do,” he said of this season’s ups and downs and lessons learned.

If things play out the way Heller wants to see them go, fans can expect Season 2 to be “bigger, better, stronger, edgier [and] more intense,” he said.

Until then, the first season of “Gotham” will come to a close at 8 p.m. tonight on Fox — when all those aforementioned adjectives will also probably apply.