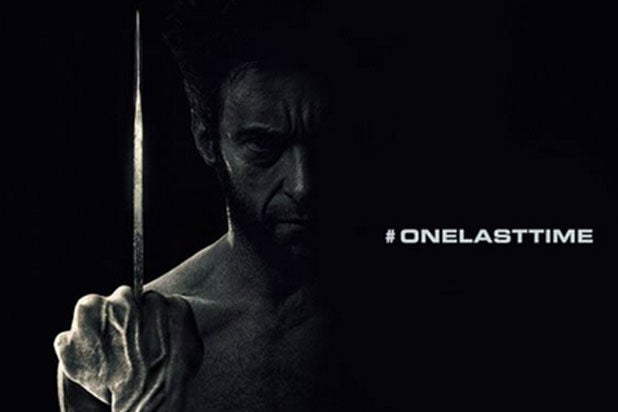 The upcoming film in the “Wolverine” franchise will mark Hugh Jackman‘s last appearance as the Marvel superhero, and the actor took to Twitter in an open call for Wolverine fan fiction.

Jackman, who will have played the clawed character nine times since the original 2000 “X-Men,” asked his 5.69 million followers on Twitter what they would like to see in the last installment — in 50 words or less.

It’s unclear what Jackman will do with the fan suggestions. The third and as-yet untitled standalone Wolverine film already has a screenwriter attached, Michael Green, known for “Heroes” and “Prometheus.”

James Mangold, who directed 2013’s “The Wolverine,” is on board for the next installment as well. By the end of its run, that film grossed more than $414.8 million worldwide.

Jackman made his debut as Wolverine in 2000’s “X-Men” and is arguably the franchise’s biggest star. He’s also expected to reprise the role in next summer’s “X-Men: Apocalypse.”

My last time putting on the claws. What do you want to see happen? 50 words or less. I’ll read as many as I can. pic.twitter.com/ksA1Gii5tf

Since Jackman promises to read “as many as he can,” fans were quick to respond to the prompt, wanting to see a face-to-face reunion with his “daughter” X23, or how much Wolverine actually can survive.

@RealHughJackman i agree with the fans would love to see old school wolverine in the old school uniform — RawlingsNinjaClan (@josephdiano77) July 28, 2015

@RealHughJackman seeing him come face to face with his “daughter” X23 aka Laura Kinney!

@RealHughJackman but you find out he became the leader of that pack of wolves….and is now hunting you. That’s Wolverine. — Israel Molina (@ismo_design) July 28, 2015

@RealHughJackman my friend. This should be your penultimate outing. Your final one 5 years from now with the story “old man Logan” much love