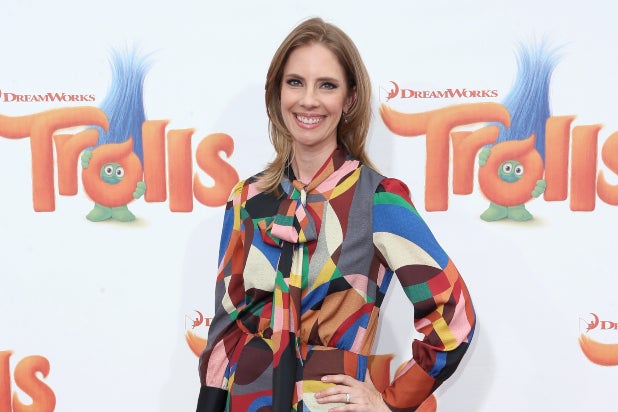 One of Hulu’s animated series that was part of its multi-show deal with Marvel TV earlier this year is undergoing a major change behind the scenes. Erica Rivinoja has been let go as showrunner of “Tigra and Dazzler” along with the show’s entire writing staff, an individual with knowledge of the project told TheWrap.

Production on the series has been put on hold while Marvel works to hire a new showrunner. The series will start from scratch. The departure was over creative differences, but the individual notes that Hulu still plans to make the show.

Rivinoja was working with Chelsea Handler — who will voice one of the leads — on “Tigra & Dazzler,” which is about two woke superheroes and best friends, who fight for recognition among powered people in Los Angeles. “Tigra and Dazzler” was part of a four-series commitment that Hulu signed with Marvel TV in February. The agreement was set to have Marvel TV produce four adult animated series — “Howard the Duck,” “M.O.D.O.K..” “Hit-Monkey” and “Tigra & Dazzler” — that will culminate in a crossover special, “The Offenders.”

But a lot has changed in the last few months.

Marvel TV is being moved under Kevin Feige and Marvel Studios’ purview, which has left all of Marvel TV’s current projects in limbo. Feige, the architect of the hugely-popular Marvel Cinematic Universe, was put in charge of content creation across all of Marvel’s mediums in October, including publishing and animation. In addition to Marvel TV, Marvel Family Entertainment is also moving under Feige and Marvel Studios, which is under Disney co-chairmen Alan Horn and Alan Bergman.

In addition, Marvel TV chief Jeph Loeb is expected to depart within the coming weeks.

No decisions have been made on any of these current Marvel TV shows in development. Feige and his team are going to look at all of the projects on a case-by-case basis. Plans for a live-action “Ghost Rider” series that would’ve seen Gabriel Luna reprise his role from “Agents of S.H.I.E.L.D.” were dropped in September. “The Runaways” will return next Friday with its third and final season, while ABC’s “Agents of S.H.I.E.L.D.” will end next summer.

The Hollywood Reporter first reported the news of the writing staff changes.