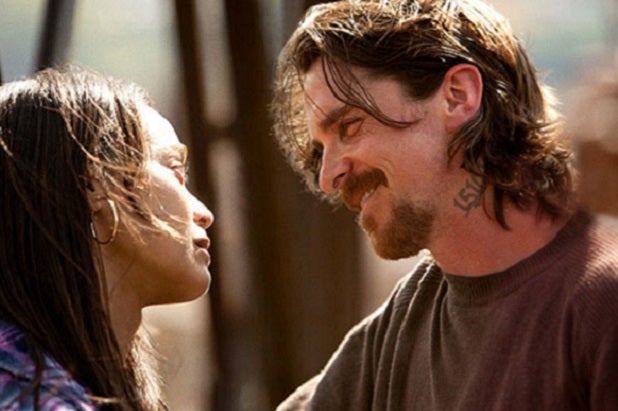 “The Hunger Games: Catching Fire” and “Frozen” will battle for the top spot at the box office again this weekend, but the real fight may be keeping the attention of shoppers distracted by the approaching holidays.

After smashing a slew of records over the Thanksgiving holiday, both are likely to land in the $40 million range this weekend, the second for “Frozen,” the third for “Catching Fire.”  The gritty Christian Bale drama “Out of the Furnace” will struggle to hit $8 million in its debut, say the analysts; the Coen brothers’ Oscar hopeful “Inside Llewyn Davis” is opening too, but in just four theaters.

The studios have largely steered clear of this weekend, traditionally a slow one at the box office, giving consumers a window for shopping and other holiday preps in between Thanksgiving and the Christmas movie crush. How high the leaders go could be determined by how many people hit the multiplexes on their way to or from the malls.

Jennifer Lawrence and “Catching Fire” have had the edge during the week, but a big, family-driven Saturday could make the difference for “Frozen” if it can keep it close until then. Overall, the 2013 box office is running percentage points behind last year’s record $10.8 billion haul with four weekends to go.

The R-rated “Out of the Furnace,” from Relativity and Red Granite Entertainment, has a hot young director Scott Cooper (“Crazy Heart”) and a strong supporting cast of Casey Affleck, Woody Harrelson, Forest Whitaker, Willem Dafoe, Sam Shepard and Zoe Saldana. It will be in a healthy 2,102 theaters as of Friday, after opening Wednesday night in four theaters and taking in $14,464 for a $3,616 location average..

The script, co-written by Cooper and Brad Ingelsby, features Bale as steel mill worker searching for his war veteran brother (Affleck) who disappears after falling in with a Northeast crime ring.

The reviews – 59 percent positive on Rotten Tomatoes — have been lukewarm, however, and this is a tough date. In setting records for the best Thanksgiving weekend and opening ever, respectively, “Catching Fire” and “Frozen” sucked the life out of the rest of the market last weekend and could do the same again. And it won’t get better next week, when Peter Jackson’s “The Hobbit: The Desolation of Smaug” lands.

The social media signs aren’t encouraging for “Out of the Furnace,” either. Its tweet count and Facebook “likes” are running behind those of “Killing Them Softly,” another drama released in this window last year. That R-rated crime thriller starring James Gandolfini and Brad Pitt opened to less than $7 million and topped out at $15 million domestically.

Songs by Timberlake, Bob Dylan, Dave Van Ronk, Marcus Mumford (Mulligan’s husband) and the Punch Brothers are featured on the film’s soundtrack, which was produced by T Bone Burnett and the Coens. CBS has it on two theaters in Los Angeles and New York and hopes to build buzz leading up to its nationwide release Dec. 20.

Disney Animation’s 3D family film “Frozen” received an “A+” CinemaScore at its opening, and this weekend will be the first test of how much word-of-mouth will drive it over the next few weeks. It remains in 3,742 theaters, the majority 3D.

The $67 million that “Frozen” took in last weekend put it well ahead of the previous Thanksgiving record-holder, “Toy Story 2,” which opened to $57 million in 1999. That one went on to take in $245 million domestically, and $485 million worldwide.

“Frozen,” which will have the family market to itself for the next several weeks, has run up more than $100 million and another $15 million from overseas since opening wide on Nov. 27.

Disney also has “Thor: The Dark World” in 3,074 theaters and “Delivery Man” in 2,905.  The Marvel superhero sequel is coming up on a couple milestones, with nearly $190 million domestically and $592 million worldwide.

As for “Catching Fire,” the only question at this point is how high will it go?

Lionsgate’s Jennifer Lawrence sequel heads into its third weekend having taken in more than $303 million domestically and is pacing to finish ahead of the $408 million the original film brought in last year.

With more than $275 million from abroad already, “Catching Fire” has a solid shot at hitting the $900 million worldwide mark that bullish analysts projected prior to its release.