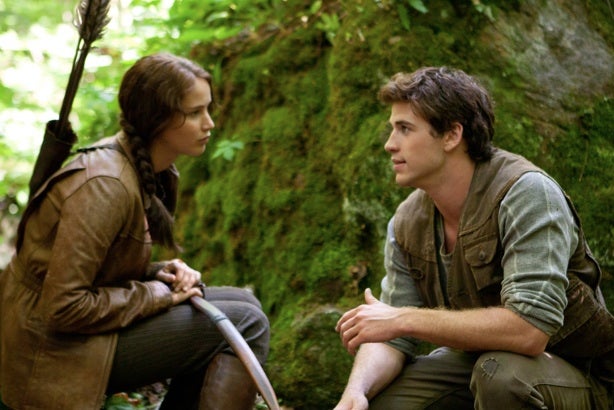 “The Hunger Games” may be the most important film franchise on Wall Street.

Other film franchises, like “The Avengers” and the James Bond movies, have sold more tickets, but the impact of the dystopian thriller and its three planned sequels on Lionsgate’s fortunes has been seismic. Since the first film in the series debuted in March 2012, the company’s share price has more than doubled from $14.53 to $32.54 as markets closed on Thursday.

The stock could continue to climb over the weekend once “The Hunger Games: Catching Fire” debuts, particularly if the hotly anticipated sequel is the kind of blockbuster hit that most analysts and Hollywood insiders widely expect it will be. The first film grossed roughly $700 million globally, a figure box office prognosticators expect the sequel to not only meet, but exceed.

“The company has a tremendous amount of momentum,” James Marsh, an analyst at Piper Jaffray, told TheWrap. “‘Hunger Games’ is one of the most enviable franchises in Hollywood.”

The first film also showed investors that Lionsgate, a studio best known for the Tyler Perry oeuvre and genre pictures like “Saw” that were targeted to very specific demographics, could open a film with broad appeal.

“Before ‘Hunger Games,’ Lionsgate was seen as an emerging minor studio, and I’m not sure its a major studio yet, but it’s certainly moved up in the ranking of people,” Hal Vogel, CEO of Vogel Capital Management, said.

Its valuation has also soared along with investors’ estimations, aided not only by Katniss Everdeen and her adventures, but by activist investor Carl Icahn’s decision to end his hostile takeover campaign and by Lionsgate’s merger with Summit. The company’s market capitalization has increased from roughly $1 billion in 2011 to $4.49 billion this week.

Also read: Why ‘Hunger Games: Catching Fire’ Merchandising Is Tricky as Katniss’ Fight for Her Life

Also aiding Lionsgate’s reputation on Wall Street: Television properties like “Orange Is the New Black” and “Nashville,” as well as the part it played in rolling out the final film in the “Twilight” series — a tween property it inherited through the Summit deal.

What’s remarkable is that Lionsgate’s fortune have risen primarily on the back of a film franchise at a time when the movie business is frequently seen as the least sexy aspect of sprawling media companies’ portfolios.

Investors tend to be far more excited by theme parks or cable, both of which offer more capacious profit margins. Just ask Comcast or Disney. These conglomerates have become so diversified that hugely expensive movies like “John Carter” or “The Lone Ranger” can flop spectacularly without any appreciable impact on a company like Disney’s share price.

The key will be sustaining that growth, Backer and others argue. To that end, Lionsgate has lined up “Divergent,” a movie adaptation of Veronica Roth’s series of best-selling fantasy novels, and has handed it the same March premiere slot that it used to launch “The Hunger Games,” lest anyone be confused about its ambitions.

“There’s a tug of war in the market right now over Liongate and the question is, can the company repeat the success of ‘The Hunger Games’?'” Marsh said. “There’s a debate over whether or not the management was just lucky with ‘Hunger Games’ or have these guys figured out a secret sauce with young adult franchises that they can repeat again and again?”

If Lionsgate has indeed devised a formula that brings teenage audiences to movie theaters, look for that bit of alchemy to be reflected in its share price.