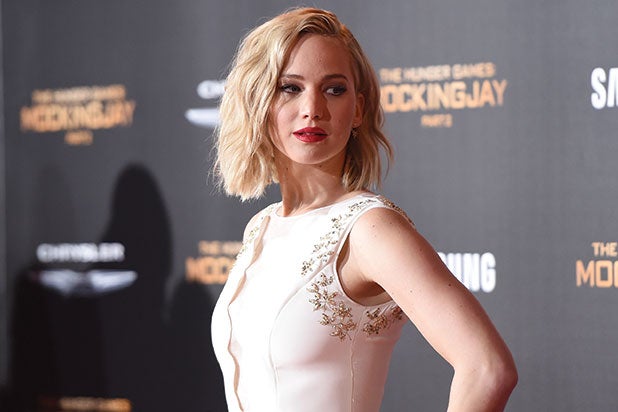 “Hunger Games” producer Nina Jacobson admires Jennifer Lawrence for many reasons, one of them being the actress’ stance on body image in Hollywood.

“Jen was very vocal about the tyranny of skinniness imposed on actresses, and the way in which actresses are expected to be very subhuman in their weight,” she told People. “She really has passionate feelings about that and how destructive it is for girls. For her to be vocal about that when she’s a beautiful, glamorous young woman — I always admired that.”

The producer remembers one particular moment when Lawrence was asked who her favorite designer was, and the actress responded, “I don’t know, I really just like wearing sweatpants.”

According to People, Jacobson tells her 15-year-old daughter a lot of anecdotal stories about the Oscar winner.

“I would say the anecdotes most often have to do with just being silly and a goofball and not letting success make you self-important,” said Jacobson.

Another reason why Jacobson admires the 25-year-old actress is because Lawrence seems to want to act because she loves the art, not because she wants to win an Oscar.

“I think a lot of actresses imagine themselves getting their Oscar when they’re little girls. For Jen, I think she just really loves to act,” Jacobson added. “Fame is a byproduct, but it’s not the intention.
If anything, it’s the downside, not the reason or reward. It’s almost an undesirable byproduct of doing what you love to do and being successful at it.”