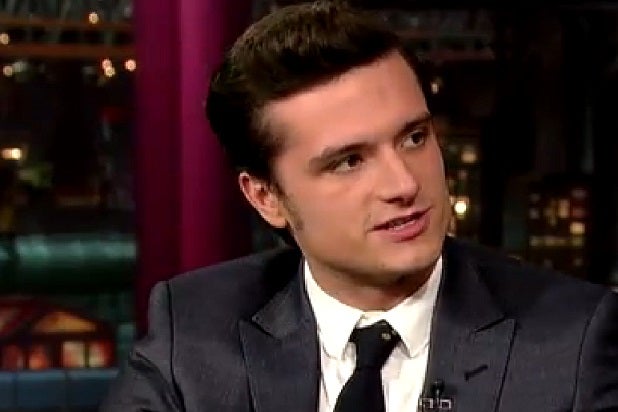 Poor Josh Hutcherson. The “Hunger Games” star — who plays Peeta Mellark in the mega-hit movie franchise — dropped by “Late Show With David Letterman” on Monday, where the main topic of conversation appeared to be … his co-star, Jennifer Lawrence.

Judging by an advance excerpt from Hutcherson’s appearance — who last week told Letterman about the trials of uncontrollable bowel movements — dominated the pair’s conversation without even being there.

“She’s incredible. I mean, you’ve seen what she’s like,” Hutcherson offered, when asked. “That’s what she’s like. That’s really it. There’s nothing else there — in a good way!”

“Her filter is turned way down,” Letterman suggested.

“No, no, no — she doesn’t have a filter,” Hutcherson countered.

See video: Jennifer Lawrence on ‘Letterman': ‘You Can Only Sh-t Your Pants So Many Times’

“No, not one — and if there are, I really don’t want to know what they are, because really, if she speaks all these things, I can’t imagine,” Hutcherson continued.

Watch Hutcherson dish about his castmate in the video.